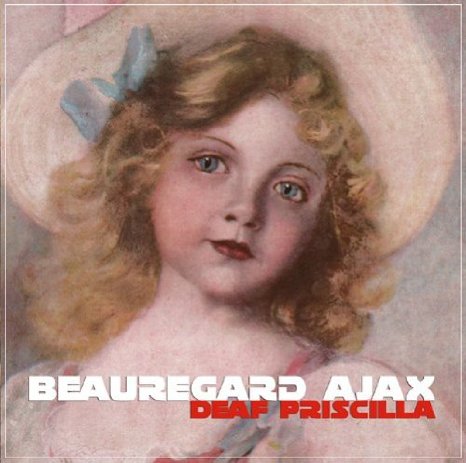 Southern California’s Beauregard Ajax recorded Deaf Priscilla in late 1967 and early 1968, with legendary Del-Fi Records founder, Bob Keane producing, but the record was shelved when the group disbanded. Decades later a vinyl pressing was issued, and in 2006 Shadoks Music released it on CD for the first time, with four bonus tracks. As was the case for countless aspiring American rock collectives, the British Invasion from a few years earlier heavily influenced the five-piece (the singer even picked up an accent along the way), but as this was psychedelic age, the songs are augmented with slightly fuzzed-out blues licks. The actual tunes possess pleasing melodies, resulting in an overall light psych sound. Lyrically, the tone is usually pretty heavy, though, with such darker subject matters as loneliness, depression, failed relationships, and boredom. The group shows a whimsical side on “Kaleidoscope,” and the bubblegummy “Happy Brontosaurus,” but they are at their best when embracing the melancholic aspects of day-to-day life on such numbers as “Loneliness Is a Sometime Thing,” “Goodbye Again,” and “Blue Violins.” One of the best and more bizarre tracks, “Deaf Priscilla,” is the mysterious tale of a horrific domestic dispute, which the protagonist can partly ignore due to loss of one of her senses. (All Music Guide)

“Why would I give this flashback from the 60’s such a high rating? Because I was the drummer! I found the album released by Shadoks while searching my old band’s name on the internet. I was surprised to hear that tapes of our group somehow circulated in Europe for a number of years before Shadoks got hold of them. No one in the band is getting any royalties, but it was nice to see the work we did with producer Bob Keane (Ritchie Valens, Bobby Fuller Four,etc.)finding an audience after 38 years!” (C. Leo Hartshorn)