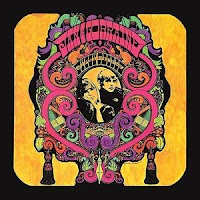 This is British duo Jan Hendin and Lorraine Lefevre, and their superb collection of acid-tinged folk and pop has been acclaimed as one of the best female psychedelic albums of the late 1960s, with contents varying from fragile ballads to rousing rock and roll, set to complex arrangements and gorgeous vocal harmonies. Recorded in London but only released in the US and Canada, it features support from musicians including Terry Cox (Pentangle), Brian Odgers (Al Stewart, Van Morrison, John McLaughlin, John Surman), Keshav Sathe (Magic Carpet) and legendary session drummer, Clem Cattini. Amongst the most enigmatic recordings of its time and full of mostly original songs (and one song co-written by Davy Graham), it makes its long-awaited CD debut here complete with explanatory liner notes.