Various Artists – Fairytales Can Come True Vol. 4: We All Love The Human Race (2009) 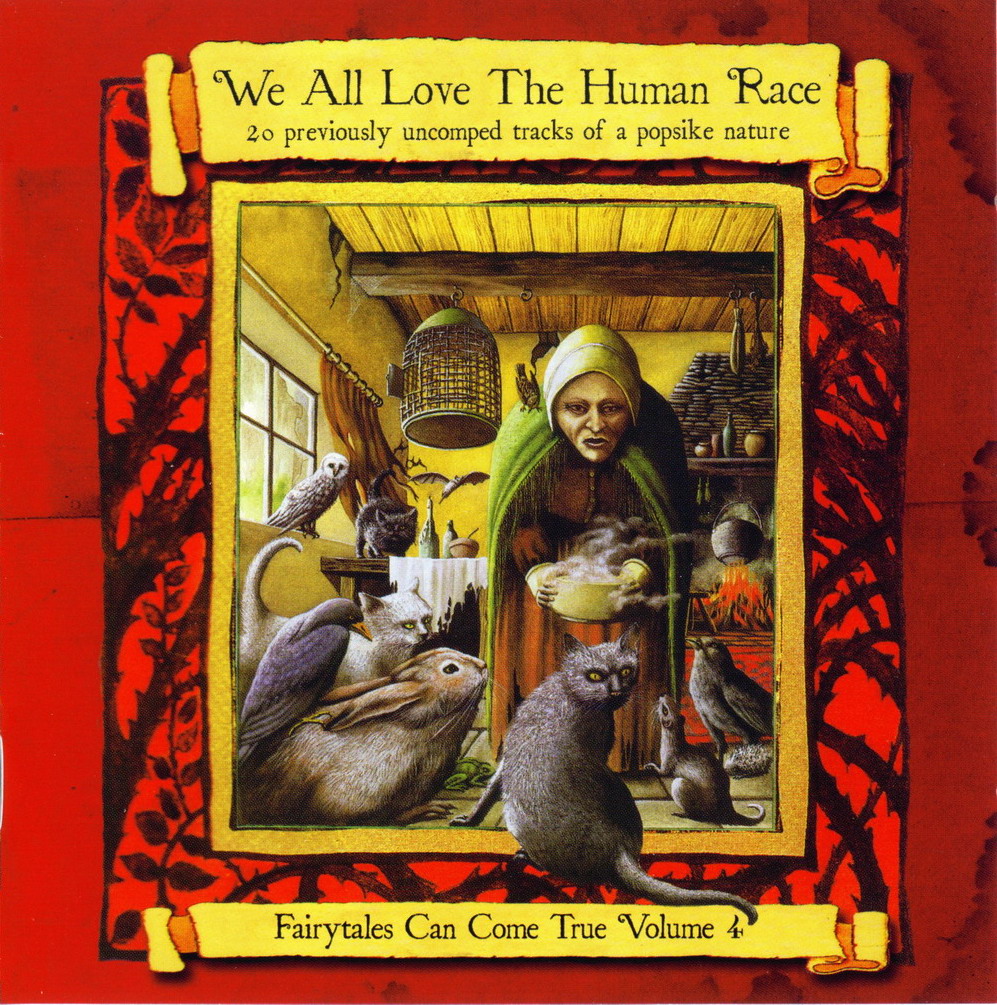 Various Artists – Fairytales Can Come True Vol. 4: We All Love The Human Race (2009)

Volume 4 in Psychic Circle’s series of psychedelic pop compilations is an entertaining set and a definitive keeper. Obviously, the focus of this series lies on lighter, fluffier songs, often replete with string & brass arrangements. That said, the psychedelic flag flies high on most of the 20 nuggets Nick Saloman caters here. High on the list of out-there highlights is the set’s opener, Alan Dell’s “The Blue Sound of Love,” the ending of which is a daring (though slightly clumsy) game of stereo fading-and-phasing. Colin Giffin’s “Changes in Our Time,” and “Hiding Behind My Smile” by Los Iberos (from Spain) are two more prime examples of pop music being used to open and alter perceptions. The lighter side of the collection can be illustrated by the Haystack’s “Letter to Josephine,” Chris Andrews’ “Maker of Mistakes,” John Burness’ soulful, organ-backed “I Don’t Want You (Any More),” or Wayne Fontana’s spirited “We All Love the Human Race,” a catchy song whose psychedelic content consists solely of a little echo in the fade-out. This volume is a little light in terms of obscure recordings by musicians who would later become famous, although you do get the powerful “She Does” by the Plastic Penny, who at the time featured future Procol Harum guitarist Mick Grabham and future Elton John bandmembers Dee Murray and Nigel Olsson. Overall, a well-balanced collection of popsike sides. All tracks were originally released on 45s in the late ’60s. ~ (Album Notes by François Couture)

Various Artists – Fairytales Can Come True Vol. 4: We All Love The Human Race