Various Artists – The Roots Of Chicha – Psychedelic Cumbias From Peru (2007) 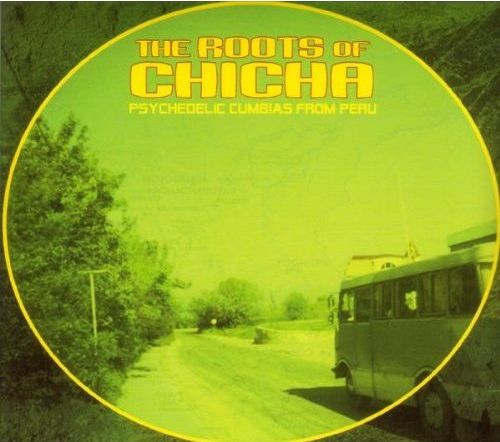 Various Artists – The Roots Of Chicha – Psychedelic Cumbias From Peru (2007)

Chicha is an indigenous music that was spontaneously created by the culture clash of the ’60s when the Indian population of the Peruvian Amazon discovered the Columbian pop music known as cumbia and American rock & roll. As cheap electric instruments became available, Amazon Indians put together dance bands that used the syncopated beat of cumbia — which sounds like a laid-back Latin cousin of ska — as the foundation for melodies that sound like Andean folk tunes, played on electric guitar with lots of effects and Tex-Mex style Farfisa. When the Indians moved to the city, most notably Lima, they brought their music with them. Like Afro Peruvian music, chicha was frowned upon by the middle and upper classes, but unlike the music of Afro-Peru, chicha never gained an international following, until now. Oliver Conan, owner of the Barbés nightclub and record label, discovered the music on a recent trip to Peru. He also discovered that the label that put out a lot of the music had gone bankrupt and many of the master recordings were lost. He finally tracked down six Chicha combos — los Mirlos, Juaneco y Su Combo, los Hijos del Sola, los Destellos, los Diablos Rojos and Eusebio y Su Banjo — and put together this 17-track compilation. American listeners will be surprised at how familiar the music sounds, with the sprightly garage band meets Tex-Mex bounce of the organ, the twangy surf guitar lines, Cuban counter rhythms, and Andean melodies. Los Destellos name all their compositions after women and show the strongest Latin/Cuban flavor and the most eclectic approach. They transform Beethoven’s Für Elise into “Para Elisa” a jaunty track with the melody played on twangy surf guitar backed by a simple rhythm section of güira, bongos and bass. “A Patricia” plays off their guitarist’s psychedelic chops against the bands ever shifting rhythmic accents on timbales, bongos and cowbells. Los Mirlos were popular in the ’70s, and their tunes include “Sonido Amazonico,” a vaguely Arabic melody played on surf guitar over a stark cumbia beat; “El Milagro Verde,” with a chiming electric guitar, shimmering, hiccoughing Farfisa and rowdy background vocals, and “Muchachita del Oriente,” which sounds like a Cuban cowboy song with a Columbian beat. Juaneco y Su Combo feature a charismatic singer with a gruff, quavering vocal style and asymmetrical, organ-heavy melodies that may be Indian-influenced. “Ya Se Ha Muerto Mi Abuelo” is one of the album’s catchiest tracks with a call and response vocal that recalls “El Condor Pasa”; “Vacilando con Ayahuesca” has a rhythm that’s part funk, part ska, but not exactly cumbia, rock or salsa; a panting female vocalist gives the tune a sweaty, sexy vibe. Los Hijos del Sola have a real rock & roll vibe, punctuating their tunes with percussive shouts, mad shrieks and rowdy ensemble vocals. Their songs have the strongest Andean influence, although they play the Andean melodies with a Dick Dale-influenced 32nd note attack. “Linda Muñequita,” “Si Me Quieres,” and “Cariñito” all jump out at you with their raucous energy and sparkling guitar work. Over-the-top vocals and odd shifts in time and tempo mark the work of Los Diablos Rojos. Their guitar player drops rippling runs in and around the macho shouts and imprecations of their lead vocalist, who laughs, bellows and growls like a madman on “El Guapo” and “Sacalo Sacalo.” Eusebio y Su Banjo’s single track, “Mi Morena Rebelde,” has a muddy sound, but its distorted guitar and galloping beat make it irresistible. (All Music Guide)

In the early 70 s a new sound grew out of the booming cities of the Peruvian Amazon. Chicha, as it came to be known, modeled itself on Colombian Cumbia music but replaced the accordion with surf guitars, and incorporated the psychedelic sounds of Farfisa organs and Moog synthesizers as well as Cuban Guajira,and the distinctive pentatonic scales of Andean melodies. Unlike other modern hybrids, such as Ska or Brazillian Tropicalia, the music never crossed international borders. This is the first ever Chicha compilation to be released outside of Peru. (amazon.com)