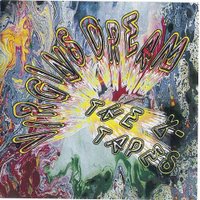 Here is an ultra-rare record from a german band that sounds very different from the kraut fraction or the symphonic proggers. In their time the Virgins had cult-status in Western Germany because of their incredibly energetic live performances, nowadays they are totally forgotten, mainly due to the fact that they never released an official record (the band split up at the beginning of 1972 – just at the time when a first LP by a major record company was in planning). Everything from them that survived were some demo recordings (mostly live) that i had saved for about 30 years on a cassette-tape. Even Rolf Trenkler, former bandleader and songwriter, did not possess a single recording of his youth sins. In 1999 i gave the tape to him and he overworked and denoised it as good as it was possible. From the result a private pressing of 300 CD´s was made as a giveaway to friends; it was never sold officially. The music is quite unique, i couldn´t name another band that sounds like them. There are melodious songparts reminiscent of the wonderful UK band “Cressida” changing with very energetic and driving parts a bit in the style of early “Soft Machine” and Mr.Trenkler´s guitarplaying reminds me a lot of John Cippolina from “Quicksilver Messenger Service”. Overall the music could best be described as acid-psych of complex nature, with lots of sudden tempo and rhythm changes. The sound quality still is quite limited, nevertheless the record is a real collector´s item. If you are into sixties “Underground” stuff, don´t miss it. This is another “Garden of Delights” exclusive, you won´t find it elsewhere.