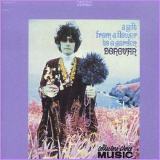 Artist: DONOVAN
Album: A GIFT FROM A FLOWER TO A GARDEN
Released: 1967 (REMASTERED, 1993)
B G O
Genre: HIPPIE FOLK PSYCHO

Review:
The landmark psychedelic 1967 release by the UK acid bard. Featuring both albums from the original box set and all of the original artwork this is a beautiful dream from start to finish. The first album is full of psychedelic tinged pop with tracks such as "Wear Your Love Like Heaven" and "Under The Greenwood Tree" while the second is filled with haunting, childlike psychedelic folk that sends shivers down your spine. Remastered in stereo and as essential as Sergeant Pepper !

A Gift from a Flower to a Garden is the fifth album from Scottish singer-songwriter Donovan, and marks the first double album of his career and one of the first box sets in rock music. It was released in the United States in December 1967 (Epic Records L2N 6071 (monaural) / B2N 171 (stereo)) and in the United Kingdom on April 16, 1968 (Pye Records NPL 20000 (monaural) / NSPL 20000 (stereo)). In December 1967, Epic Records released each of the two records from A Gift from a Flower to a Garden as separate albums in the United States. The first record was released as Wear Your Love Like Heaven, and the second record was released as For Little Ones. This was done to allow budgeting for the double album package, which included a folder of the printed lyrics to the second disc with artwork, and a cover featuring an infrared photo of Donovan by Karl Ferris who was his and Jimi Hendrix's personal photographer (requiring six colour separations for printing, instead of the usual four separations). The back cover photo was also a shot taken by Ferris in LA during Donovan's and Karl's initiation into Transcendental Meditation, and depicted Donovan visiting with the Maharishi Mahesh Yogi.

History
After recording the Mellow Yellow album, Donovan focused on releasing hit singles. "Epistle to Dippy" (essentially an inside-joke/open letter for a childhood friend) hit the top 20 in February of 1967 and "There is a Mountain" (#11 US; #8 UK) followed in August.

Riding high on the success of these singles, Donovan entered the studio in October to record his next album. The double album that resulted from these sessions consisted of one disc of electric pop music ("Wear Your Love Like Heaven") and another of acoustic children's music ("For Little Ones"). The acoustic album allowed Donovan to present a facet of his songwriting that had not been featured on his singles. It also allowed him to show his strength as a guitar player and performer in a way that he could not when augmented by session musicians. In fact, Donovan's live performances of the time featured instrumentation and performances more in line with For Little Ones than his hit singles and the first record of A Gift from a Flower to a Garden.

While Mickie Most produced the single from the album ("Wear Your Love Like Heaven" b/w "Oh Gosh"), and is credited with the album's production, Donovan actually produced the bulk of the material himself, allowing Most the credit to help sales.

"Mad John's Escape" is a song written for a friend of Donovan's who escaped from a mental health center. The song details Mad John's escape and subsequent adventures.

"Under the Greenwood Tree" was originally written by William Shakespeare, and set to music by Donovan for the Royal National Theatre, who planned to use it in a stage production. At the end of the song, Donovan sings "Will you, won't you... join the dance?" in reference to the chorus of "The Lobster Quadrille" in Chapter X of Lewis Carroll's Alice's Adventures in Wonderland.

In the album's liner notes, Donovan explained his purpose in creating two rather different discs (one for the present generation, and the other for the "dawning generation"), and also denounced the use of drugs. Several of his earlier records had contained both veiled and open references to drug use (particularly marijuana and LSD), but since the release of Mellow Yellow, he had both been arrested and prosecuted for marijuana possession, and had seen people he knew turning to harder drugs (speed, heroin, cocaine), and the damage this caused in their lives. Instead, Donovan promoted the use of meditation and other techniques, in his new songs.

The front cover photo design of Wear Your Love Like Heaven features a Pre-Raphaelite style infrared photograph of Donovan on the moat in front of Bodiam Castle by Karl Ferris who was his and Jimi Hendrix's personal photographer.

The album earned a Gold Record award, for half a million sales, during 1970.