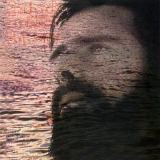 A magical discovery from the downunder 70’s psychedelic scene. Originally released in Australia on the Sweet Peach label in 1971,it remains pretty unknown to most collectors around. No justice. This is a wonderful album that will please anyone into psychedelia, rock and folk. Totally electric, with great production, great songwriting and a warm uneducated voice by Phil himself that gives a slight looser feel to it at times, the album contains some fantastic mid-tempo psychedelic folk-rock ballads, and the title track is an incredible slice of pure psychedelia with lots of tasty sound effects. This is a very rare and collectable item in original format (Hans Pokora gives 5 discs to it in his books). This first ever reissue is licensed from the original label and the sound is taken from the mastertapes.

No, this is not some outsider electronic record based on Arthur C. Clarke's dark tale of alien invasion (although that would be rad, wouldn't it?). No, this is actually an extremely rare psych-folk record from Down Under originally released in 1971. How rare? Well, a recent eBay seller was asking $700 dollars for this. Whoa! A bit country-tinged with some really great songwriting, this remind us of a more electric Gordon Lightfoot (whom we love!). We believe this is Phil Sawyer's only release, and even this album is not very well known outside high-caliber record collector circles, which is a shame because it's really good. Looking for some psych-dappled singer-songwriter fare in the vein of Graham Nash, Gary Higgins or the abovementioned Mr. Lightfoot? Look no further. Awesome!

I know no information whatsoever of this album or artist. I can only say that the music surely has its own character, which reveals itself most easily on the first tracks, and the last. What immediately attract are the first three songs ("September Woman", "Nightbirds", and "The Other Side of Silence"), sung with a soft romantic voice, played with moody organ or flute and some soft layers of guitars. The songs reveal deep feelings related with certain relationships. The fourth track, “Childhood's End” has more electric guitar arrangements. “Where did everybody go?” is something completely different in style, recorded with live voices in studio, a making fun song, perhaps recorded completely stoned. Also “Electric Children” is more rocking, and could have come from the same session. Also this is in a more mainstream style, compensated by an overload of crazy reverb effects on guitars. Both these tracks are from a different character and recording quality, but being in the middle of the album, just show something like a different aspect, a compensated insecure moment perhaps. “The Chase” holds the middle between this sphere and the earliest quieter moment, with some electric guitars working as the connecting wire. After “Stranger in the Street”, it is by “Letters to Seraphina” that we’re back to where the album started. It is one of the moodiest tracks, with additional tabla. Here I can easily associate the kind of seashore endless haze seen on the album cover. (reviews from different sources)