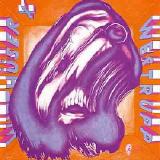 "Absolutely trippy, pastoral and gorgeous, this album belongs without restriction to these marvellous “acid” folk items which emerged from 70’s German underground. It contains funny songs, cool explorations in bluesy psych folk and nice acoustic experiments. “Lasst Uns Auf Die Reise Gehn » is a folk ballad with a really popular German sensibility. “Trippo Nova” is one of these songs whose the two guys have the secret; a bluesy folk invention, acoustic “trip” with some dreamy aspects in the harmonies and German lyrics. A beautiful, relaxed and humorous atmosphere with catchy acoustic guitar parts. The rather calm tempo of the composition finally accelerates into a dancing improvisation dominated by acoustic percussions and folk guitars. “Orienta” is a psychedelic folk composition with a delicate, mysterious “eastern” felt. It starts with a simplistic, “moody” repetitive melody for the flute to progressively reach you into an oriental journey with voices in the background, a Celtic & traditional folk theme for the guitar. With this tune, Witthuser & Westrupp totally invent the concept of progressive folk. “Illusion I” is a beautiful, melancholic composition with a basic use of acoustic guitars and violin parts, its melody slowly grows in you. “Karlchen » is an other mysterious, transcendent mood with flute / guitar combinations and female recitatives. A high poetic, introspective moment with a nice “humorous” section for brass instruments. “Englischer Walzer” sounds as a drunken, traditional folk song with funny piano / violin parts. A nice listening experience and essential for all progressive-folk lovers."

"This unassuming little album is pure magic delivering some lovely tripped out cosmic folk music. This was Witthuser + Westrupp’s second release and is really hard to exactly peg but best parallel may be to imagine a more folky and slower moving ASH RA TEMPEL. In their day they were know to their fans as the “Cosmic Buskers” and built up quite a strong following. "Trips + TrÄume" is a very relaxed album and pretty well works on a cosmic folk acoustic base offering some great guitar and keyboard work. Vocals are sung in native German and suit the music quite well. Overall a superb bit of cosmic folk !"

"This German folk duo is almost by itself the inventor of Cosmic folk, but were also so typically “kraut-folk” (if you’ll allow this genre invention of mine), being fairly close to Ougenweide, Emtidi and Parzival. And this second album (although the debut is attributed to only Witthuser, this was a duo effort) is of the calibre of the albums I mentioned just above. The duo will have the honour of having released albums on two of the most collectable labels of their country: the early Ohr label for their first two and then the really rare Pilz label.

Although it is not that easy to categorize this album because the styles oscillate between medieval, more traditional German folk, cosmic ambiances and a singer-songwriter approach. The cosmic ambiances mixed in with some slow acoustic blues of Trippo Nova are counterbalanced by the music-hall-like opening track, the medieval ambiances and the hippy feel of Orienta are giving an excellent, bizarre twist to the album (not that far from the Incredible String Band), while the superb Lord-like organs (reminiscent of the Purple’s suite April) of Illusion I and the lengthy haunting flut lines underlining the German spoken monologue of Karlchen brings such a special atmosphere that no other albums even comes close (to my knowledge anyway). The last two shorter track are close to Baroque music and if that was not weird enough already, the last one veers into a weird barroom sing- along: Nimm Eine Joint is rolling a doobie and somehow resembles Fraternity Of Man’s Don’t Bogart Me track.

Even if the genre cosmic folk is a bit doubtful, this album is one hell of a UFO , coming from outer space. I’d love to have smoked what these guys did back then."

This album is a great improvement following their previous work, (the " Lieder von Vampiren, Nonnen & Toten" album) wich altought containing nice melodic moments (Liebeslied, Dracula, Hinüber walln ich), is very restrained and repetitive in comparison to this masterpiece, the whole atmosphere is quite floating and peacefull in here, in almost all track there is a back organ wich add a real nice dimension to their folky sympatic tunes..

The album starts with "lasst uns auf die reise gehen", very nice folk music with some xylophone and a hint of the traditional "merry night" melody. The second track "Tripo nova" is one of my favourite of this band, a kind of small acoustic jam from Withuser and great singing from Westrupp in an overall trippy atmosphere. The five following tracks contain some nice instrumental moments ("englisher" walzer, "Illusion") and a conceptual song "Karlchen" featuring some speeches that unfortunately can't understand but appreciate.

Recommended album, give it a few listen it will grow in you, still an underrated gem!"