The Action were formed in 1963. They were previously known as The Boys, and under that name had also backed Sandra Barry on a 45. Based around the Kentish Town area of London they played an amalgam of R&B and high quality soul (in their later days). They enjoyed a strong mod following.

Watson left in 1966 to be replaced by Martin Stone, who was previously with the Savoy Brown Blues Band and Stone's Masonry. Ian Whiteman joined on piano in mid-1967. He had been on the Ben Carruthers and The Deep 45. They were thrown off EMI before their last planned 45, Little Girl, could be released. They taped lots of material for Giorgio Gomelsky. Martin Stone was in and out of the band in this era. In mid-1968, without Reggie King, who'd left to go solo and having briefly toyed with the name Azoth, they taped the Whiteman-dominated demos, which were issued belatedly on Dojo in 1985. These have a soft, West Coast psychedelic feel with very pleasant harmonies. In 1969 they evolved into Mighty Baby. Bam King was also later in Ace. Most of The Action returned for Reggie King's eventual solo album.

Compilation appearances have included: Baby You've Got It on My Generation (LP); Land Of 1000 Dances on R&B At Abbey Road (CD); and Wasn't It You on Broken Dreams, Vol. 5 (LP). Dustbin Full Of Rubbish (LP) meanwhile gave an airing to Brain and Little Boy, two tracks from the shelved 1967 album project. This eventually was released on LP and CD as Brain in 1996, with 15 tracks of demos, mainly recorded at Polydor and Advision studios in '67/'68. More recently this has been reissued as Rolled Gold - taken from the mastertapes.

In 1985, Castle Communications issued a strange five-track 12" item, Action Speaks Louder Than Words. The cover was a tinted version of the Edsel insert. All five tracks were written by Ian Whiteman and comprise the floating, progressive music that Mighty Baby are remembered for. The likelihood is that they were demos dating from 1968 just before Mighty Baby got a deal with Head Records. The record company probably used the Action name because they were better known due to the Edsel reissues. 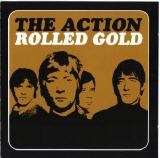 After the Beatles, the Action were the most impressive band signed to EMI by George Martin during the mid-'60s. That they never managed to chart a single in the space of two years with the label, even as lesser bands sold tens of thousands of records with seemingly no effort, is one of those great ironies of mid-'60s English rock & roll.

The band started out in North London during 1963 as quartet called the Boys, and cut one single as a backing band for Sandra Barry before getting their own shot at immortality on the Pye label with a single "It Ain't Fair." The Boys went out of existence in 1964, but didn't split up, instead reconfiguring themselves as a five-piece. The original lineup, Alan "Bam" King (guitar), Reg King (vocals), Mike Evans (bass), and Roger Powell (drums) added Pete Watson (guitar) and rechristened themselves the Action in 1965.

In this lineup, they developed a tougher, harder sound that quickly made them favorites among the mod audiences. The Action had a sound similar to the Small Faces but without as heavy an attack on their instruments or an outsized persona such as that of Steve Marriott to dominate their image. They were discovered by George Martin, who signed them to his newly-founded AIR Productions in 1965 and got them a recording deal at Parlophone Records, where he'd formerly been the head of the label.

The Action debuted with an excellent single of "Land of a 1000 Dances" b/w "In My Lonely Room," which failed to make the charts. The group's failure to register with the public is even more astonishing to ponder several decades later, when one can appreciate precisely how well their music has aged, right from its beginnings — the debut single and other early songs such as "Baby You've Got It" and their cover of Curtis Mayfield's "I Love You (Yeah!)," are irresistible dance numbers, performed with genuine flair and inspiration, not to mention an authentic white soul sound from Reg King that was as credible as anything emanating from England at the time (or since) — their version of "Land of 1000 Dances" is maybe the only one ever done outside the United States that can be taken seriously, with no apologies or explanations needed or asked for.

The Action's second single, "I'll Keep on Holding On" b/w "Hey Sah-Lo-Ney," released in early 1966, was just as good a record (the B-side in particular a solid dance number) as their first, but saw no greater chart success. The group maintained a serious following among the mods, as competitors of the Who and the Small Faces, but they couldn't get a break with their records. What they needed was the exposure that a tour opening for the Beatles might've given them, and, given their connection to George Martin and EMI, this wasn't out of the question, but still wasn't meant to be — though one could hardly have imagined Lennon and McCartney (et al.) objecting. As it was, they never got beyond playing clubs.

Watson exited the lineup in 1966 and was succeeded by Martin Stone, formerly of the Savoy Brown blues band and Stone's Masonry, without altering their sound. If anything, the group evolved along with the music they loved — by late 1966 and early 1967, the Action were doing smooth soul-styled material, ballads with a sweet, smooth lyricism ("Since I Lost My Baby") and even a few notable originals (Twenty Fourth Hour") with a funkier beat, all a step or two removed from the R&B stylings of their early period.

The group's sound was changing in more profound ways, however, and by mid-'67, the Action had evolved from soul into a progressive folk-rock-based sound, and were eager to experiment with it; they'd started out sounding like the Birds and ended up influenced rather more by the Byrds. EMI, however, didn't appreciate the arty, psychedelic sound that the group tried for on their intended sixth single, "Little Girl," and the group was dropped from the label's roster. For decades after, there were rumors of the existence of an unreleased Action album lying in the EMI vaults, but no such record ever turned up in the search for material.

Late in 1967, still eager to pursue their new sound, the Action added keyboard player Ian Whiteman to the lineup. Reg King subsequently left the band to pursue a solo career, and Whiteman took over the outfit that remained, rechristened Azoth. The band had hooked up with Giorgio Gomelsky, and cut a huge amount of material as demos and potential releases while under his management. They eventually transformed themselves into a pure psychedelic outfit, Mighty Baby, that had a sound far removed from that of the Action.

The term "lost classic" is applied liberally and often erroneously to unreleased recordings that resurface years later in a maelstrom of hype. However, for the forgotten mod rock also-rans the Action, the term is not only justified, it is painfully bittersweet. On par with such classics of the era as The Who Sell Out or Ogden's Nut Gone Flake but more focused than either, the Action's Rolled Gold goes beyond "lost classic" — it is the influential masterpiece no one was ever allowed to hear. Despite being signed to Beatles producer George Martin's AIR label and benefiting from a strong club following, the Action never scored a chart hit. By the time they recorded these demo tracks in 1967, the band had grown weary of the musically limited mod scene, which was on its last legs. Guitarist Pete Watson had been replaced by Martin Stone, and the band had developed a more mature sound, one only hinted at on such previous cuts as "Twenty-Fourth Hour." Prefiguring the coming psychedelic movement, the songs were epic, heartfelt, melodic socks to the gut that hinged on vocalist Reggie King's sanguine blue-eyed soul voice and Alan King's slabs of guitar harmony — think The Who's Tommy meets The Byrds' Fifth Dimension. Unbelievably, EMI — AIR's distributor — was not interested, and the tracks were shelved. Subsequently, Reggie left the band to work on a solo album, and the rest of the group struggled on, eventually morphing into the short-lived hippie band Mighty Baby. Rather than bemoan what could have been though, you are left with what is. Playing like the brilliant missing link between mod and psychedelic rock, Rolled Gold is experimental without being silly or twee and emotionally mature without being pompous and boring. It is the type of album that reveals its brilliance within seconds of hearing the first track and builds momentum from there. Tracks such as "Something to Say" and especially "Brain" with Reggie pleading for immortality over a hugely anthemic chord progression are as good, if not better, than anything that charted during the late '60s and sound less dated than many of the Action's contemporaries' efforts. It's as if Paul Weller time-traveled back to 1967 and wrote the best songs of his career. Every track is a fully realized melodic and lyrical statement. While there is a roughness to the demo-quality recording, it only magnifies the raw emotions the Action were able to translate into timeless music — music that deserved much better than it got. (allmusic.com) 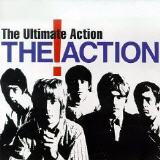 The Action were an English band of the 1960s.

Shortly after their formation, they signed to Beatles producer George Martin's Parlophone Records. "Land of a Thousand Dances" b/w "In My Lonely Room" was well received by critics, but sold poorly. None of the Action's singles achieved success in the UK singles chart; their highest charting single was "I'll Keep on Holding On", which reached number 47 in 1965.

After disastrous experiences with the Rikki Farr management, Peter Watson (born in 1945, in Kings Cross, North West London) left the band in 1966. They continued as quartet, but were dropped from Parlophone in 1967. In the late 1960s keyboardist Ian Whiteman (born 18 May 1945, in Saffron Walden, Essex) and guitarist Martin Stone (born 11 December 1946, in Wokingham, Surrey) joined the band and the Action moved toward a mid-tempo psychedelic ballad style, and then into folk rock. Reg King left the band in 1967, and Alan King took over as main lead vocalist. In 1969, when signing to John Curd's Head Records, the band was renamed by Curd Mighty Baby. (soundunwound.com) 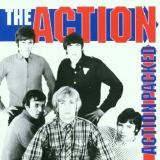 UK compilation for one of the best Mod band's on the 60's scene. Endorsed by Paul Weller who also provides a sleeve note and Phil Collins who called them, 'My all time favorite band...the band that had the most effect on me.'. Issued in cooperation with the band it includes all their recordings as The Action, recorded from 1965-1967 in chronological order (of recording). Packaging features many photos and memorabilia from the archives of the group. Standard jewelcase. 2001 release. (amazon.com)