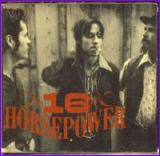 16 Horsepower was an American alternative country music group based in Denver, Colorado. Their music often invoked religious imagery dealing with conflict, redemption, punishment, and guilt through David Eugene Edwards's lyrics and the heavy use of traditional bluegrass, gospel, and Appalachian instrumentation cross-bred with rock. For the bulk of its career, the band consisted of Edwards, Jean-Yves Tola, and Pascal Humbert, the latter two formerly of the French band Passion Fodder. After releasing four studio albums and touring extensively, the group broke up in 2005, citing "mostly political and spiritual" differences. The members remain active in the groups Woven Hand and Lilium. ~ Wikipedia 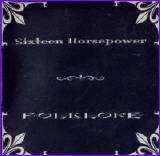 Folklore is the 4th studio album by 16 Horsepower, released in 2002.
As hinted to by its name, most of the material on the album is drawn from traditional folk music. Only four of the songs ("Hutterite Mile," "Blessed Persistence," "Beyond the Pale" and "Flutter") on the album are original 16 Horsepower compositions. ~ Wikipedia 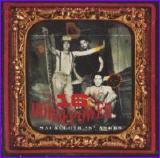 Sackcloth 'n' Ashes is the first full-length studio album by the band 16 Horsepower. It was released in 1996. ~ Wikipedia