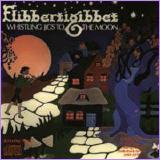 Flibbertigibbet - Whistling Jigs To The Moon (1978

Flibbertigibbet - Whistling Jigs To The Moon (1978)

"If you're a fan of Mellow Candle, and one of their female singers, mainly Alison Williams, then you'll love this group and CD. Alison's beautiful voice sounds just as good at the time she was in Mellow Candle, and some of the songs are similar, but still quite different. This group was from South Africa, and it says that the LP has remained unknown to collector's of rare records until this CD release. It's just beautiful music, and outstanding vocals by both Alison and one of the other members. The guitarist that was in Mellow Candle plays on this album, and there's some great guitar playing. I think once that more fans of Mellow Candle and collectors find out about this being out, it will sell more copies. Alison is now Alison O'Donnell, and she's in a current group called "Eishtlinn," which I've read some good reviews on their concerts, and that too I will have to eventually get because I love Alison's voice, just beautiful! I highly recommend this, it kind of sounds a bit like British folk-rock, even though they were from South Africa, and some of the songs have a progressive sound to them. Very enjoyable CD, if you like Mellow Candle, get this."