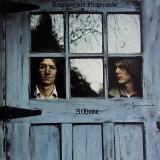 Dennis Lambert and Craig Nuttycombe had been on the fringes of LA's music scene for some time, including stints with bands such as the East Side Kids and the West Coast Pop Art Experimental Band, when they decided to proceed as a duo. This 1970 release was recorded live at the home they shared in Sausalito, California, and co-produced by David Anderle (The Doors, Love), Chad Stuart (Chad and Jeremy) and Glyn Johns (the Beatles, the Rolling Stones). A mellow collection of self-penned ballads that showcases their superb vocal harmonies and subtle guitar interplay, it has attracted a major cult following over the years. Though they gigged widely in California, Lambert's heroin addiction made it hard for them to break nationally and they parted after recording one further album in 1973.