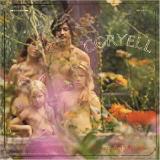 Review:
Mostly known foor his jazz and fusion, solo and with Eleventh House. Check out his second album Coryell (yes, the one with he and his family naked on the cover), which has some splendid moments fusing hard rock, blues, classical, jazz and even some psychedelic licks, a must for any self respecting guitar junkie. Also, his album Spaces featuring dueling guitars with John (pre-Mahavishnu) Mclaughlin, Chick Corea on piano, Miroslav Vitous on bass, and Billy Cobham on the kit may be too jazzy for some readers, but still may be of interest to others, especially in light of the all-star lineup and the fact that it was recorded in 69, when all these guys were still unknowns!

Highly respected jazz guitarist who has released a couple of albums of interest to Progressive Rock fans. Spaces is outstanding fusion and includes guests John McLaughlin and Billy Cobham (both from Mahavishnu Orchestra), Chick Corea (Return to Forever) and Miroslav Vitous (Weather Report). Fans of any of these bands would do well to find Spaces. His first release, Coryell is a jazz/blues/psych hybrid that works suprising well and shows an experimental side of Coryell not heard later on. Also worth finding are his Eleventh House albums, his fusion band which is similar to the other fusion bands mentioned above but with some trumpet. The first, Introducing the Eleventh House is excellent, somewhat spacey, fusion.
Gibraltar Encyclopedia of Progressive Rock

Still obscure and unappreciated, this sensational guitarist had a strong outing on this late-'60s release. Rhythmic, melodic, and even lyrical at times, his masterful playing is especially impressive compared to his ill-advised singing. But he's not deluding himself, and most of the tracks are instrumentals. The highlight is the fearsomely funky "The Jam With Albert." Coryell later issued some wonderful acoustic albums, but this one is electric in a way many guitarists could not imagine, let alone realize.
allmusic