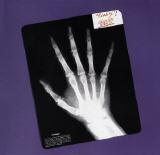 
Re-issued and re-mastered. The first album, from 1968, by this UK band is a much more psychedelic work than the rarer follow-up. A trippy mixture of hard guitar riffs, psyched-out mellotron excursions and weird lyrics. The classics "Fairy Tale"( In both full and single edit) and "The World Will End Yesterday" are here along with other mind benders. Complete with fully informative 8 page booklet and four bonus tracks - Freak Emporium

Nice to see this early English proto-progressive/psychedelic classic reissued. With the original 'second hand' cover, that made everyone paying hundreds of dollars for an original upset because, "You said it was mint condition, but the cover is all beat up..."
An acknowledged landmark of progressive acid rock, this 1968 classic combines top-notch songwriting with vicious guitar, swathes of mellotron and dense arrangements, to unique and unsettling effect. Late-period UK psychedelia with weird strings, flute melodies other synthie orchestral moments. Sunbeam's long-awaited official reissue includes comprehensive liner notes, rare photographs and two bonus tracks, making it a must-have for lovers of true British psychedelia. - Wayside Music

Recorded by precocious London teenagers in 1968, Reality is a prog-psych landmark combining classic songwriting with swathes of mellotron and vicious guitar to unique, unsettling effect. This long-awaited official reissue has been painstakingly remastered to offer the best possible sound, and comes complete with rare photographs, four bonus tracks and comprehensive liner notes from band leader Ken Elliott and producer Vic Keary, making it an essential purchase for all lovers of British psychedelia. - Sunbeam

This still holds its ground after 38 years. Its unusual mix of poetic psych with heavy episodes and progressive structures is inventive... 'The World Will End Yesterday' is an acid-drenched classic. - The Tapestry Of Delights

Have been pondering giving this one the big 5 stars, but it falls just below what I'd call a masterpiece, so 4.5 for this great album. Much more of a long lost psych classic than prog (it was only 1968 when made) A real mixture of influences can be heard. Vocals reminicent of late 60's Arthur Brown. Musicianship sounds akin at times to Hendrix or maybe even the Small Faces, though not quite as tight or well produced. Dont let that put you off though, despite the sometimes sloppy musicianship and muddy sound lies some highly interesting tracks, all of which have a certain amount of added humour and general weirdness to make this the gem it is. More keyboard dominated than guitar, the album goes from flower power style to doomy freakouts. Some tracks even benefit from an orchestral backing which works well. In my opinion, any fans of Late 60's Floyd, Arthur Brown, or generally anything underground from '67-'69, would LOVE this album. - George Prior

Is there an exact limit between Psychedelia and Prog Rock?
After listening “SECOND HAND”, the only answer possible is no and that’s the main reason why Proto Prog was created as a link between the two genres. Outside Prog Rock’s petite universe it would be easier to describe what these guys were doing and that’s why you will find them in almost every Psychedelia site or catalogue something that is not wrong but neither truth, “SECOND HAND” is somewhere in the grey area between both genres. The story of this British band starts around 1965 when the keyboardist Ken Elliot formed a band named THE NEXT COLLECTION but in 1968 they signed with Polydor Records and the label suggested them to change their name that could lead to a confusion (maybe mistaken with any compilation) so they chose MOVING FINGERS but this name was already taken, so as joke in reference to their used instruments they went with SECOND HAND.
The band was formed by the already-mentioned Ken Elliot playing keys and singing, Kieran O’Connor on drums, Bobby Gibbons on lead guitar, Nick South playing bass and they invited Chris Williams to add flute, cello, violin and saxophone in their debut album “Reality”. This first release is clearly more oriented towards late Psychedelia but very advanced for the genre, anybody can feel the characteristic early-Prog sound, hidden somewhere. Despite being an excellent album, it never reached a great popularity in the charts, and stayed an undeservedly obscure and underrated gem from the late 60’s.
They had to wait almost three years to release another album, but this was too much for Bobby Gibbons and Nick South who left the band, being replaced by George Hart (bass, violin and backing vocals), Moggy Mead on guitar and they recruited Ken’s brother Rob as a new lead vocalist and a frontman, seeing that Ken was too busy working with his new mellotron and organ. With this line-up they left Polydor Records and joined the new Mushroom Records label with whom they release their second album “Death May Be Your Santa Claus”. Now, this album is really weird as it is described not as Psych, Prog, Rock but all of them at the same time. Dark, obscure, excellent arrangements, with a clear influence of Arthur Brown, it’s definitely a tremendous advance in SECOND HAND’S career but at the same time was the beginning of the end.
After some members quit, the band changed their name to CHILLUM (who knows why?) and released an eponymous album, which is also included in the discography of SECOND HAND but they eventually split after its release. Ken Elliot and Kieran O’Connor joined later to form a new band named “SEVENTH WAVE” with less success.
If you are not a Psychedelic fan, avoid the band but if you like the genre and Proto Prog you’ll probably like them. - Ivan Melgar Morey, ProgArchives.com

''"This album features a large sound recorded on multi-channel equipment. There are cascading strings, cascading drums, Steve Miller-type guitar, buzz-bomber guitar, slow organ, echoing voices running round the room, flute playing over crackling and thundering noises - everything bar sitar. A lot of thought and planning has gone into this album, which was recorded over two years, and Second Hand are a group with a lot of potential" -
I first came across the Next Collection, as they were called then, towards the end of 1967, after they'd won a competition to make a demo in my studio. I was always on the lookout for talented and unusual bands, for two reasons. Firstly, the only effective way to run a studio is to work 24 hours a day, and secondly, I have always been a great believer in the idea that massive hits are just as likely to come from being original as they are from being derivative. As a result I was much more interested in making records that might become hits.
The first thing that impressed me about them was how young they were - fifteen or sixteen at the most. I was amazed by their music, too. They were imaginative and mature songwriters, especially Ken (who was unquestionably their leader, and an unusually philosophical teenager), and already playing the songs that would end up on Reality. On the strength of their demo I offered to give them more studio time and produce them. Though they had no proper management, I thought they had commercial prospects. They didn't gig much, though, and their equipment was pretty primitive, so we had to be as imaginative as possible. On one memorable occasion, I went to buy a Wurlitzer organ with Ken. When we went to the pub to celebrate, we were refused a drink because of our long hair!
Once we'd recorded quite a bit of the album, I approached various labels -Decca, Apple and so on - and was offered £500 by Polydor, which was barely anything. I recorded, produced and engineered the whole of Reality, but was a bit fazed at the time, to put it mildly, and had a nervous breakdown halfway through the sessions. That may have contributed to its somewhat despondent atmosphere. I think of Reality as a very loose concept album about Ken's life and thinking at the time. They weren't a particularly druggy band, though the songs seem to reflect that at times. They were more influenced by problems with Catholicism, and how it drove people to drink and drugs. I'm especially proud of Mainliner, which was only recorded on a two-track, with Ken playing the church organ at St. Gabriel's in Cricklewood. Goodness know what the vicar must have thought!
The artwork was meant to have a pale, metallic finish applied with some unusual technique, but it didn't work brilliantly. As a result the sleeves were very prone to wear, which has given rise to a complete myth that they were designed with built-in damage as a visual pun on 'Second Hand'. When the album finally came out there was no publicity, no reviews and no gigs. Try as I might, I couldn't get airplay, and it vanished overnight - even John Peel didn't pick up on it, though Tony Blackburn played The Bath Song once!
Though no one appreciated what we were trying to do at the time, I think it stands up well today and deserves to be heard. - VicKeary, February 2007