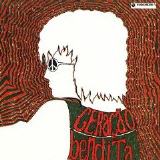 “An extremely rare Brazilian psych album, this reissue is a welcome one for those who don't want to spend collector prices. The extensive liner notes are an added bonus. In 1971 a group of musicians and moviemakers in Nova Friburgo, Rio de Janeiro, decided to make the country's first "hippie movie". The soundtrack was credited to Spectrum, featuring ex-members of 2000 Volts, together with other people appearing in the movie, whose title Geracao Bendita translates to "Blessed Generation".

As an amalgam of "peace & love" harmonies, fuzz guitar, and period psych recording techniques, this album is undeniably pretty great. "Quiabo's" and "Trilha Antiga" sport some killer fuzz guitar leads that are reminiscent of Jefferson Airplane's best, all intensity and spring reverb cutting through the air. "Mary You Are" on the other hand is pastoral psych with killer vocal harmonies, a la Mamas and the Papas and even perhaps the Beach Boys, while "Concerto do Pantano" opens with crazy squawks, echoing organ chords, and slide guitar. The weird sonics and off-kilter production remind me of the Airplane's

After Bathing at Baxter's album, quite experimental for its time.

The most searing guitar moment is the opening few seconds of "15 Years Old", with hugely distorted guitar suddenly screaming out of the speakers. The production on this song is rather odd, with the instruments mostly very low in the mix to make room for the vocals, though it all comes back in after the initial verse. Caetano's lead guitar continues to win the day throughout this one, as well as on "Thank You My God" with some great cutting leads.

The mix of English and Portuguese lyrics here is interesting, and perhaps to us English speakers, helps make some of this more mysterious than it might be. The lyrics in English are not necessarily anything special, primarily echoing the peace, love, and nature sentiments of the time, heavily influenced by the Beatles and the American west coast music scene.

Musically, Geracao Bendita is quite a success, and anyone interested in psych sounds would be well served by picking up a copy. There's plenty of intense guitar work, as well as quieter moments with excellent vocal harmonies. If only it were longer than its 30 minutes. I'm now quite interested to track down the movie itself.”