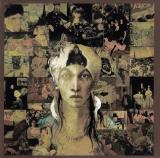 Bobby Callender is a mythic, mystic figure in late '60s, psychedelic. jazz/Indian-influenced music. His first two albums, Rainbow and The Way, along with his poetically and spiritually-inspired lyrics need no introduction to fans of psychedelia -- but until recently this gloriously eccentric early '70s psychfunk suite was known only to hardcore collectors. Originally released only in Holland on the Philips label in a very low number, and making its CD debut here, it's a beautifully arranged and played concept album based on painting and Impressionism that's bound to delight fans of prog, psych and funk worldwide. - Wayside Music

The undertaking of a concept album is always a tricky proposition. The sad truth with regard to the endeavor is that once the artist runs out of songs, or simply runs out of ideas that bolster the overall concept, the artist is nonetheless restricted to the conceptual limitations they’ve imposed upon themselves. The other difficult question one must always ask is: how relevant, or perhaps, how meaningful is the concept in the first place? Robert Callender’s Le Musee de L’Impressionnisme is, as one might imagine, a concept album dealing primarily with the history of the Impressionist movement, but it also serves as a veritable who’s-who gallery of the French Impressionists (well, mostly - the roster also includes Vincent Van Gogh for good measure). And in the interests of fairness, despite the nature of Callender’s early Indian-influenced output, Le Musée de L’Impressionnisme is not the Eastern-tinged sitar fest replete with Gallic flourishes one might expect based solely on the album’s cover art.
Long considered lost (or at any rate, among the most difficult to find psych rarities of its time prior to this reissue), Le Musée de L’Impressionnisme was initially released in the early ‘70s (allegedly in 1972) on the Philips label as a small pressing exclusively in Holland, which might help explain Van Gogh’s inclusion. The record features lyrics sung in French and English, in fairly equal proportions. Musically speaking, the record is a sumptuous melange of jazz, soul, progressive, and psychedelic rock. As a concept album, however, Le Musee de L’Impressionnisme is frustrating, if not confounding. Let’s be forthcoming about this: given the times in which we’re now living, and the innumerable idiomatic paradigm shifts the world of popular music has undergone toward the nihilistic and egocentric, concept albums of this sort do not age gracefully. Though Callender’s homage to the Impressionists borders on the touching at times, the historical and biographical nature of these tracks has the tendency to come off as tedious.
It’s hard not to suppress a snicker when encountering lyrics such as, “Monet, Monet, Monet, ooh, ooh / I’m singin’ about Claude Monet”; “I’m singin’ ‘bout Toulouse-Lautrec / I said I’m singin’ ‘bout Toulouse-Lautrec”; or, worse, “Mystical madman / mystical, but truly a very sad man was he,” in reference to Van Gogh. Considering the astonishing grandeur of the arrangements, which fall somewhere between the off-kilter, psych-inflected eccentricities of David Axelrod and the slick but capable production values of the Motown era (Barry White’s Love Unlimited Orchestra project even comes to mind on several of these tracks), it’s regrettable to hear these baroquely crafted suites marred by Callender’s cloying bathos. Le Musee de L’Impressionnisme would have been a hardcore crate digger’s dream come true if not for the oppressive profusion of Callender’s admittedly well-intentioned but overly verbose lyrics.
To his enormous credit, and despite the record’s shortcomings, Robert Callender assembled a stunning cast of musicians for Le Musée de L’Impressionnisme, which, ultimately, is majestic, operatic, and epic in its scope. Callender’s arrangements are highly complex without being pretentious and feature deftly played proto-funk musicianship that has the overall effect of sounding slightly ahead of its time. Callender expertly blends psychedelia with R&B and jazz to create an album that, though conceptually antiquated and anachronistic by today’s standards, is elegantly meticulous in its execution all the same. - Tiny Mix Tapes Reviews

The enigmatic Bobby Callender made his first bid for pop stardom with 1963's Little Star I Love And Kisses 45 (Roulette 4471), before working for legendary DJ Murray The K in New York, embracing the counter-culture and diving into Eastern psychedelia. Two singles appeared on Coral in 1967 (You Really Got A Hold On Me I I Can't Get Over You and Sweet Song Of Life I Vicissitude, Or A Day At Jaffry's), and hinted at the change of direction that became manifest when he signed to MGM and made his 1968 debut LP, Rainbow. Produced by notorious 'Bosstown' hype-merchant Alan Lorber, it's an eccentric, meditative blend of pop and poetry that sold predictably poorly. Undeterred, Calender's follow-up, The Way (First Book Of Experiences), was a sprawling blend of psychedelia, raga and jazz, which appeared on the tiny Mithra label in 1971. It also sank without trace - and that, as far as most people ever knew, was that for Bobby Callender.
But in the 1990s, rumours started to circulate in collecting circles that he had in fact made a third album, a psych-funk homage to the Impressionist movement that had appeared in Holland alone in the early 70s. Even by Calender's unconventional standards, it sounded far-fetched - but then a handful of copies surfaced, and began to change hands for several hundred dollars each. The rumours were correct: he had indeed prepared a final release, and it turned out to be his most grandiose folly yet. Clearly the Impressionists had made a deep impression on him, as the album is a complicated suite based on their work, constructed with painstaking care and the help of a veritable army of session musicians and backing vocalists. The songs are devoted to individual painters, with the texture of the music and the lyrics carefully reflecting the life and style of each artist. It clearly cost a small fortune to make, and quite why it was only released in the Netherlands is a mystery that may never be solved, as Callender appears to have vanished without trace shortly afterwards. But the album stands as unique testament to his singular vision, and calls to mind the words he himself uses to describe Monet: 'a visionary of time, space and the light, he died spiritually a success, leaving behind a legacy of heavenly bliss'. - CD Notes