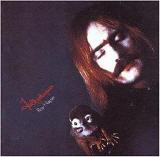 Roy Harper:
I have it on confirmed rumor that a record shop in Minneapolis was named after my third record, 'Folkjokeopus'. The record features the epic 'McGoohans Blues', inspired by actor Patrick McGoohan's depiction of the establishment rebel in his TV series, 'The Prisoner'. I am currently engaged with Opher Godwin in compounding the compleat Roy Harper, which at the time of writing has run to four volumes. The first of these will be released some time this century.

Also included on the record are 'Exercising Some Control' and 'Manana', two irreverent pieces of comedy, the lung busting 'She's The One', and 'One For All', dedicated to tenor saxist Albert Ayler, who I knew and loved during my time in Copenhagen. Sadly he was later found washed up on the bank of the Hudson in New York. He would have been one of the leading jazzmen of the age.

Finally the record is rounded off with two pieces of mystery and the opening 'Sgt. Sunshine', on which I was ably accompanied by the beautiful Jane Scrivener'.