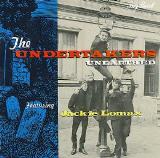 Twenty-one sides left behind by the Undertakers, and there's not a bad song in the bunch. The first eight sides comprise their Pye Records singles, and these are pretty sharp -- this band was one of the few in England of that era that found a balance between the sax and the guitars, and melded American R&B with a thumping Merseybeat sound without coming across as either artificial or hopelessly primitive. "If You Don't Come Back" is one of the best recordings in the whole Pye catalog, even if it did herald the band's departure. Then there's the American recorded stuff, which is in a class by itself -- the Undertakers were leaner with just one guitar, and their sound is tighter, giving Lomax more room to stretch out vocally. The result is a dozen killer tracks on what ought to have been one of the great mid-1960s R&B albums by any British group; this stuff rivals The Beatles' Second Album or the My Generation album by the Who. The pity is that the band never got to follow it up -- they still had slight vestiges of that thumping Merseybeat sound, muted by the absence of a heavy rhythm guitar, and where they would have gone from here makes for fascinating speculation (one longs to hear the Lost Souls album). It's also easy to understand, after hearing this material, why George Harrison was so eager to bring Lomax to Apple.