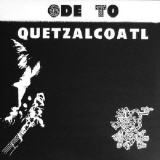 Moody drug damage reflections loner xian folk psych.
This is one excellent obscure acid psychedelic record. This is a story of a man trying to overcome his drug addiction through faith. It is a lonely, moody record. I have no idea why this isn't a widely known record. The emotion on this acid folky record is huge, not to mention the simple pureness of the songs. Do yourself a favor and listen to this, you're missing out if you don't.

"Since its discovery in the late '90s, Dave Bixby's legendary $2000 private press album from 1969 is considered by all serious record collectors as the king in the loner/downer-folk genre. After being involved in '60s Michigan folk and garage-rock bands such as The Shillelaghs and Peter & The Prophets, Bixby started playing acoustic guitar and experimenting with LSD. After a year of drug abuse he felt broken. Starting a soul-searching, spiritual journey, he wrote Ode To Quetzalcoatl and most of the material for his second album, Harbinger's Second Coming in just a month and a half. Assisted by fellow musician Brian MacInness, who played some guitar parts on the album, Bixby recorded this record in a living room using an echo-laden 4-track machine. The sound is lo-fi and sparse: just acoustic guitars and some occasional harmonica & flute, added to Bixby's haunting, emotional vocals, spiritual lyrics and solid songwriting. The opening cut, the eerie and painful "Drug Song" sets the mood perfectly for the rest of the album. Never again has an acoustic folk album sounded as intense as this. Reissued for the first time under license from Dave Bixby himself, and carefully remastered from vinyl (no master tapes exist) at Shadoks Music Studios. Includes an insert with extensive and detailed liner notes by Matvei Procak -- the guy who found Bixby in 2006 -- plus some rare pictures."

From the Acid Archives:

Highly rated by the few who have heard it, this tormented religious loner/downer folk LP has to rank as one of the ultimate incarnations of the genre. The opening "Drug Song" sets the tone perfectly as a supremely world-weary, echo-laden guy laments on how he screwed himself up with dope; "I'm no longer a person, I can't even feel". The resolution is (of course) Christ, who is serenaded in the following tracks, although the despairing, suicidal mood is strangely unchanged. Salvation or none, it seems most things are still a mess for Bixby. Numbers such as "Mother" and the Grudzien-level "666" confirm such suspicions. Musically it's a wellwritten lo-fi recording of steelstringed acoustic and a single voice, much like Christopher Montgomery, but undoubtedly more tortured and intense. Frantic guitar strumming is used to tighten up the tension in an effective way a la Perry Leopold, while more lyrical moods are supported by swift fingerpicking. The vocals are amateurish and somewhat uneven, and in fact work best when most charged with emotion. The organic correspondence between lyrics, playing and arrangements is impressive and makes the LP seem more alive and artistically aware than most in this often disappointing genre. Must be heard by any fringe fan.