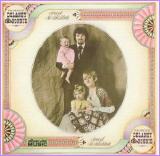 The start of it all, March 31, 2004
By Larry Malsi (New Hampshire,U.S.A. (So.California - back when))
Alot of people don't realize what this album started. This album basically gave the Southern sound a major boost in the arm and brought it to the attention of the rest of the U.S. This album is a great mix of R n B, gospel, R n R and the blues naturally. Bonnie's voice was a breath of fresh air, a voice not accustom to being heard on a R n R station, but that was the beauty of FM back in the late sixties, they were alot more open to hearing and playing what was good, not just the hits.

This album was a boost for Leon Russell too, you can hear his distinctive piano and know he had a lot of influence on the production of this album. I remembering seeing D @ B live on their debut tour,I can't remember who they opened for, but I remember seeing this guy with a beard and wearing a top hat playing the piano, he blew me away - Leon Russel was his name. He followed this by playing on Dave Mason's first solo album after leaving Traffic and his sound is very pronounced on that album.

Eric Clapton after hearing D @ B, he was so influenced by them that he truely wanted to join this band and did for a tour later on and they recorded that and it's available - Delaney and Bonnie On Tour with Eric Clapton.

Without the rythym section of D @ B - Carl Radle and Jim Gordan -you wouldn't of had Joe Cocker's Mad Dogs and Englishmen (put together by Leon Russel including Bobby Keyes and Whitlock on horns) or Eric Clapton's Derek and the Dominoes (along with Duane Allman). As you know Bobby Keyes went on to play with the Rolling Stones and has been there for about 30 years now. On Eric Clapton's first solo effort, if you read the band members, you'll notice that it's Delaney and Bonnie and friends.

This band surely has a rich influence and history in the R n R circus and definitely deserves a listen to if you've never heard
them. R n R owes them a debt in my opinion.

Not taking anything away from their other albums, I just love this one the best - it had quite an influence on me. This is one of my all time favorite albums!!!! ENJOY!!!!