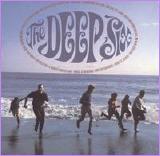 From Southern California, this obscure five-man, one-woman pop-folk-rock group issued a self-titled album on Liberty in 1966. From the sounds of things (and the look of the group on the cover), they were a pop-oriented folk group hastily adapting to the folk-rock craze, with their white bread folk roots showing far more strongly than any newfound rock sensibilities. In this sense, as well as the all-over-the-place repertoire of the LP, they recalled the We Five, although they weren't as good and there was a glossier Los Angeles sheen to the production. The harmonies and their bent toward bittersweet melodies also bore some similarities to the Mamas & the Papas and the Peanut Butter Conspiracy, though they weren't even remotely the same league as the Mamas & the Papas and not nearly as rock-oriented as the Peanut Butter Conspiracy. Their best song, the original "Rising Sun," had an uncharacteristically gutsy fuzz guitar line, played as if the guitarist was afraid of burning fingers if the tone was sustained too long, and saw some regional airplay.The Deep Six started out as a San Diego folk trio, evolving into a bigger folk-rockish band after they became the house band for the La Mesa folk club the Land of Oden, co-owned by their co-manager, Ken Mansfield. "Rising Sun," according to the liner notes to the expanded Rev-Ola CD reissue of Deep Six, included a young Jim Messina on guitar, and made number three in Los Angeles, where the group based themselves for part of their short career. Much of the music on their records (which, in addition to the LP, included a few non-LP singles) was played by top Hollywood session musicians, including Glen Campbell, Carol Kaye, Mike Deasy, Al Casey, Larry Knechtel, Ray Pohlman, and Barney Kessel; David Gates contributed some arranging. Neither the album nor the follow-up singles to "Rising Sun" sold well, and the group disbanded shortly afterward, with Barry Kane (who had been in the New Christy Minstrels and a duo with Barry McGuire) joining the lineup as the replacement for original member Dave Gray near the end.After Deep Six, Ken Mansfield went on to work for Capitol Records and served as the first U.S. manager of Apple Records. Bassist Dann Lottermoser joined Stone Country, which did one album for RCA, and included noted country-rock singe/-songwriter Steve Young. The Deep Six album was reissued on CD, with all five of their non-LP songs added as bonus tracks, by Rev-Ola in 2003.

Deep Six shows all the qualities of folk-rock bandwagon jumpers on this album. The harmonies resemble those of the Mamas & the Papas, the Seekers, and the We Five. The repertoire is an uncertain mix of originals, covers of contemporary rock hits, interpretations of tunes by emerging folk-rock composers Bob Lind and Tom Paxton, and ill-fitting tunes like "Somewhere, My Love (Lara's Theme From Doctor Zhivago)." As on the We Five's albums of the time, there's the impression that they're trying to create a variety show of sorts that will span folk, pop, and rock audiences and different age groups. It's not a distinguished effort, but it's not bad, with some pleasantly slick period L.A. production and harmonies, putting the group as close to the early sunshine pop genre as the folk-rock one. The best song, "Rising Sun" (written by group member Dave Gray), has some atypically blistering fuzz guitar riffs underpinning some soaring harmonies and a nicely optimistic folk-pop tune. The same guitar texture pops up in the next-best original here, the moodier "What Would You Wish From the Golden Fish." The 2003 CD reissue on Rev-Ola adds detailed historical liner notes and five songs from non-LP singles. Like the album tracks, these are a mixed lot without certain direction, including smooth pop-folk-rock, chunky mild blues rock, dance rock & roll, an oldies cover ("Image of a Girl"), and the clearly Mamas & Papas-influenced "C'mon Baby (Blow Your Mind)" (the last of these written by temporary group member and ex-New Christy Minstrel Barry Kane, who had briefly been in the Barry and Barry duo with Barry McGuire).