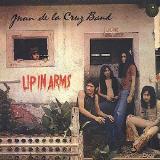 this is the debut album of the legendary philippine band juan dela cruz band from 1971,and maybe most forgoten jdcb album,but after pepe smith and mike hanopol joined,they became legends and the godfathers of the pinoy rock.
awesome from start to end.
on the bonus tracks are also mike hanopol and pepe smith who used to play in speed,glue&shinki...