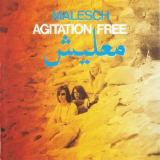 Review by Brian Olewnick
The debut album by Agitation Free followed a somewhat different path than your average Krautrock band, veering unexpectedly toward the Middle East, specifically Egypt, in search of atmosphere and material. Underneath the dueling guitars and spacy synth work, desert rhythms and taped sounds of dusky cities percolate, adding depth and spice to the otherwise smooth, Teutonic grooves. It's a tribute to the apparent sincerity of the band that the use of these motifs does not sound at all contrived, instead integrating quite well. The delicate, intricate percussion that concludes "Ala Tul," for instance, sounds as lively as anything by Steve Reich from around the same period. Tapes of street songs emerge surprisingly and effectively toward the end of the otherwise stately march "Khan El Khalili," providing a bridge to the Terry Riley-ish organ trills that begin the title track. "Malesch," like many of the tracks, spins off into a leisurely stroll, sounding unexpectedly close to some Grateful Dead jams. Even when it picks up pace, there's an unhurried quality that fits in nicely with the Saharan undertones of the album. Malesch is a solid, even inspired recording that stands somewhat apart from the usual clichés of the genre. Fans of German progressive rock from this period will certainly want to hear and enjoy it.

Review by Greg Northrup
Agitation Free's debut album is one of the absolute classic albums to come out of Germany in the 1970s. Agitation Free approached the groundbreaking experimental tendencies of the German scene from a different persepective than most of the other groups. Firstly, the delicate touch of melody was certainly not lost on the band, and they often bypass the strictly standoff-ish approach of many of the other German bands, infusing their albums with a gorgeous melodic drive. Malesch takes a slightly unique approach then the more jazzy follow-up, Second would, though both albums are in the same basic vein. The album extensively incorporates ethnic and world music influences, due to the fact that much of the album was apparently composed on a trip to Egypt around the same time. Much of the album features sound samples and recordings from the trip, which are used to divide the tracks.
Most of the Arabic and ethnic influence is percussive, as exotic rhythms underpin Agitation Free's melodic and powerful guitar interplay. "You Play for Us Today" and "Sahara City" both build into exciting, driving guitar led crescendos. "Ala Tul" features an extraordinary Michael Hoening keyboard motif that glides over the intense and magical percussive backdrop. "Pulse" tends to get bogged down a little in avant soundscapes, but does provide some breathing room and eventually morphs into a heavily hypnotic piece. "Khan E Khalili" and "Malesch" both build on the already established style of the album, and are full of powerful guitar interplay and a completely magical atmosphere. The soaring closer "Ruckstruz" is totally majestic, a powerful melody that closes out this classic album in fitting form. My overall opinion is obviously that this is one of the very finest German albums bar none. Agitation Free manages to be extremely melodic, yet retains that experimental focus and pushes their music waaaaaaayy out there. The incorporation of Arabic influences beneath the incredible guitar dueling makes this a unique entry in the Krautrock scene. I doubt that those already not predisposed towards the Krautrock/space-rock movement will find themselves converted by this album, but newbies would do well to start here. 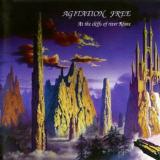 At the cliffs of Krautrock ...

The best live recording in my opinion from AGITATION FREE and one of the last gigs with this line-up which was recorded 2/2/1974 in Cologne (at the cliffs of the river Rhine). Excellent instrumental Space/Psychedelic Rock jams from this band but unfortunately very short for a live recording. Keyboards are used diversified, mostly sparingly, sometimes sacral or for serving spacy synth effects. But first of all the songs are dominated by Lüül Ulbrich and GustI Lütjens with their excellent guitar work.

We have a very relaxed start with Through the moods , a song which never was released on a studio album. The music raises slowly as for the fine-tuning of the soundcheck and the warmup of the musicians. After some minutes it slips into the main theme and the song is meandering beautiful with great interaction between the musicians. My favourite of this release.

The following songs are from the former studio effort 'Second'. First communication is somewhat bluesy, more dramatic and undulates. Laila indeed consists of some Allman Brothers themes. So this song surprises with southern rock feeling and might be played in memory of Duane Allman who sadly died in 1971. The album ends (too early) with In the silence of the morning sunrise , shorter than the studio one and with some birds singing. A nice song which sounds like a hommage to SOFT MACHINE.

'At the cliffs of the river rhine' is a great live document from this german band which should be a part of every Prog Rock collection.
by Rivertree (progarchives.com)


Although AGITATION FREE inherited a major status in Krautrock history, their historical output was only of three albums, which is quite few compared to ADII, ART, Can, Kraftwerk, Embryo etc… But 00’s, AF’s total official output includes at least that many posthumous releases, of which At The Cliff Of River Rhine stand as the only one as essential and the only live album, which allows to think more could be heading our way, for there were lots of their gigs recorded. The Cliff part title does provide some confusion though, as it might hint that this record might have been recorded on the romantic Rhine (Koblenz to Mainz), at say Lorelei or something. …. But no, if indeed the live setting did happen in the Rhine valley, it was in Cologne, where the river lies calm and flat in what we can barely still call a very wide valley and there is not a cliff in sight for 100 km. This leaves the title taking inspiration on a cool-looking artwork that seems to inspire itself on the fantasmagoric world of Roger Dean. However these tracks had seen a previous release on Cd in a bootleg form under the title ”At Last AF Is Free”, because the concert had been a WDR radio broadcast.

This recording however is absolutely pristine and probably one of the best I’ve heard (apparently no overdubbing either) and it came a few months after the release of their second album (which explains the predominance of tracks of that album in the concert). Sonically very similar to their Second album, and still retaining the ABB edge of that album (there is a tracks that very reminiscent of “in memory of E Reed”), due to their double drummer attack of the previous year (yet un-documented), their usual twin guitar turbo drive (Ullbrich & Lutjens) and Hoenig’s particularly superb electronic burbles (amazingly clear & audible for this live setting), etc…. No one single glitch on the whole 47 minutes of the broadcast. Not all that essential a posthumous release if you own their Second album, but if you’re an AGITATION FREE fan, you’ll know you’ll need this.
by Sean Trane (progarchives.com) 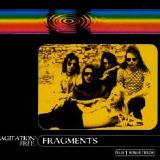 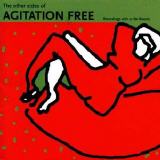 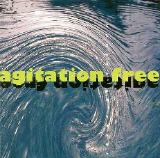