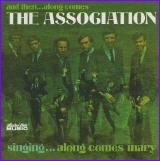 The Association - And Then Along Comes

The Association - And Then Along Comes 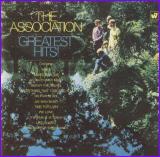 From Wikipedia, the free encyclopedia

Greatest Hits (# 4, double platinum) was their biggest selling album with only one new
song: "Six Man Band" (# 47). It was released originally on Warner Bros.-Seven Arts
Records.

The original 1969 LP employed the Haeco-CSG system. This was a system that allowed stereo records to be played on mono turntables without ruining the sound. The result was records that sounded bad in both mono and stereo, due to the 90 degree phase shift of the right channel. The CD of this album was mastered from the same master tape which was used on its vinyl release, so the Haeco-CSG system is still intact. This was fixed on a limited-release underground internet "bootleg" of the album that currently floats around the internet. Currently, The Association's Greatest Hits is possibly one of the worst sounding CSG processed LPs or CDs ever.

Well... I don't happen to agree with the above statement! All things considered, this disc sounds pretty good to me. It has a nice smooth sound with a full range, and when you think about when it was originally recorded, I would give it a 9/10.

Plus... This disc contains some of the best pop hits of the (mid to late) sixties. 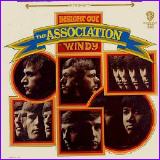 The Association's third album is not in a league with its debut, but Insight Out is an enjoyable folk-rock album with a few digressions into garage punk, novelty tunes, and psychedelia, all displaying much of what the group did best. The harmonies and choruses are among the most beautifully textured singing in a rock outfit this side of the Beach Boys, while the playing is engaging. Insight Out was done somewhat in the shadow of Harpers Bizarre's experimental "Feelin' Groovy" single -- the opening number, "Wasn't It a Bit Like Now," was an exercise in nostalgia similar to the later successful songs of Harpers Bizarre. "On a Quiet Night" and "We Love Us" are folk-rock ballads on which the group's harmonies are the highlight, while "When Love Comes to Me" is a breezy little mood piece that resembles a slightly more ornate cousin to Simon & Garfunkel's "Punky's Dilemma." In that company, the number one single "Windy" (the presence of which helped drive up sales of this album) sounds almost heavy and hard-rocking. It and the accompanying single, "Never My Love" (which was later a hit for the 5th Dimension), are the strongest tracks here. The group's attempt at a harder, garage-band-type sound on "Reputation" is passable, but this obviously wasn't what fans were buying the album to hear. The sunshine pop sound of "Happiness Is" and the radiant "Sometimes" were more to the point, and these are prime Association material, comprised of soaring harmonies and hook-laden guitar parts.