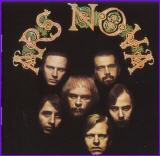 originally released in 1968 by Elektra
re-released in 2004 by Sundazed Music Inc.

Zig-zagging through a debut album of brass laced avant-rock originals like " General Clover Ends A War"—an eye opening cover of Richard Strauss's "Zarathustra"—Ars Nova was anything but three chords and a cloud of dust. The brainy NYC combo, led by Wyatt Day and Jon Pierson, scored its first gig of note in 1968, opening for the Doors at the Fillmore East. The group’s album got rave notices everywhere—and Ars Nova has since become one of art-rock's undiscovered treasures.

One of the first classical rock fusions
By Stephen F Mulcahy (United States)
June 29, 2004
Ars Nova's debut was one of the 1st classical/ rock fusions. The band mixed elements of the psychedelic style of the period with a heavy infusion of classical and renaissance music. along with acts like the New York rock and roll ensemble, Ars Nova pioneered the style of 'baroque rock', a subgenre of rock that is little remembered today.
Ars Nova's album is, overall, a mixed bag, but still pretty good. For me, the highlight of the album is Fields of People, a very middle ages sounding kind of thing that was later covered by english legends the Move on their 2nd lp, Shazam. The Move version, a rather heavy extended piece with spanish bolero parts and a raga rock ending, is a classic, but Ars Nova's original is hardly weak. The eerie March of the Mad Duke's Circus is another standout track, as is and how am i to know, a droning psychedelic number with cool guitar. The band do a not very successful version of Zarathusra. Pavane for My Lady is a nice, breezy , laid back opening number. There are some other decent tracks here, and one wonders what the band might have come up with. Unfortunately, the band's performance opening up for the Doors at one of the very first Fillmore East concerts, was apparently a disaster. The band broke up soon afterwards despite a feature article in Newsweek magazine. about a year later the band reformed, with most of the original members absent from their 2nd lp, Sunshine in Shadows, a more pedestrian affair that nevertheless included a few decent cuts. Ars Nova featured good musicianship, interesting song ideas, and a quite original concept for a rock band. Sometimes the vocalists are not all that effective though. while certainly not a great band, they remain an interesting curio from the golden age of rock. Their album is worth a try for fans of obscure 60's rock music.

From My Teen Years
By Walter Johnson (Oregon)
May 25, 2008
The 60's were such a special time for musical diversity. It's so good to see this on CD. And the songs are still beautiful, dated, yet enthralling. Not even a one hit wonder band, still, the album was and is a unique part of 60's hippie dippy love culture at it's best. Check it out! 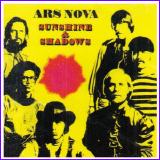