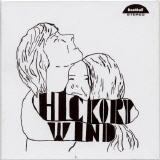 "Indiana based band who turned into legendary psych band B.F. Trike released only a handful of copies of this record (Gigantic, 1969), making it a true rarity; full of variety (although much of it sounds like acid rock era of Byrds or Buffalo Springfield, with the most psychedelic track being Time And Changes, with its great vocals and lots of fuzz guitar; features four bonus tracks as B.F Trike; beautiful package in a quality mini-LP style jacket with insert, new liner notes, lyrics, original liner notes; limited to 1000 copies. *High quality cardboard sleeve with obi*"

Just 100 copies of this album were pressed originally making it extremely rare. The band came from Indiana and all except Prentice went on to play in B.F. Trike. Their album is full of variety wth the most psychedelic track being Time And Changes. This has great vocals plus lots of fuzz and was later re-recorded by B.F. Trike. Mr Man is rather unusual, employing spoken lyrics over a piano/keyboard backing; Father Come With Me is a successful blend of droning keyboards and vocals and there are also a couple of laid back melodic numbers in I Don't Believe and Judy, which open and close the album. Get to hear the album if you can but don't pay a fortune for a copy.