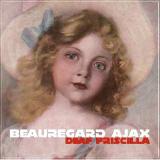 "Why would I give this flashback from the 60's such a high rating? Because I was the drummer! I found the album released by Shadoks while searching my old band's name on the internet. I was surprised to hear that tapes of our group somehow circulated in Europe for a number of years before Shadoks got hold of them. No one in the band is getting any royalties, but it was nice to see the work we did with producer Bob Keane (Ritchie Valens, Bobby Fuller Four,etc.) finding an audience after 38 years!" (C. Leo Hartshorn)

Fantastic West Coast '60s psych, produced by Del-Fi Records founder Bob Keane. Pleasing melodies with a melancholic vibe, accompanied with fuzz guitar and flute. Not released until 2006 on the Shadoks label, this great record is a must have for anyone with even the slightest interest in early American psychedelic music. ~ acidvisions.com