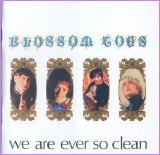 Imagine the late-'60s Kinks crossed with a touch of the absurdist British wit of the Bonzo Dog Band, and you have an idea of the droll charm of Blossom Toes' debut album. Songwriters Brian Godding and Jim Cregan were the chief architects of the Toes' whimsical and melodic vision, which conjured images of a sun-drenched Summer of Love, London style. With its references to royal parks, tea time, watchmakers, intrepid balloon makers, "Mrs. Murphy's Budgerigar," and the like, it's a distinctly British brand of whimsy. It has since been revealed that session men performed a lot of these orchestral arrangements, which embellished the band's sparkling harmonies and (semi-buried) guitars. But the cello, brass, flute, and tinkling piano have a delicate beauty that serves as an effective counterpoint. The group sings and plays as though they have wide grins on their faces, and the result is one of the happiest, most underappreciated relics of British psychedelia.
________________________________________________________

One of many British psych groups which were talented but largely overlooked, the Blossom Toes had seemed on the brink of success after arriving on the scene in 1967, but their records sold poorly, and their live gigs failed to establish the group. Nevertheless, their recordings were amazingly good, and their first album in particular shines as one of the greatest psychedelic flops of all time. Although many have described We Are Ever So Clean as “Beatlesque”, the music contained therein is far more tight, aggressive, and modish than music which the Beatles were recording around the same time. While a consistent standard is certainly maintained throughout the album, tracks like “I’ll be Late for Tea”, “I Will Bring You This and That”, and “When the Alarm Clock Rings” are standouts. We Are Ever So Clean is an album full of interesting, idiosyncratic numbers which benefit from the band’s musicianship and sense of humor. The album is a real gem.
__________________________________________________________

his talented but largely ignored late sixties outfit was centred around Brian Godding and Brian Belshaw who first met as apprentices at the Hilger and Watts scientific instrument factory at Highbury, Islington in 1962. They formed a group called The Grave Diggers and later played in a R&B outfit, The Ingoes, who took their name from an obscure Chuck Berry number, Ingo. The Ingoes persuaded The Yardbirds manager Giorgio Gomelsky to taken them on and he arranged for them to go to Paris where they developed a strong cult following. After a short interlude in London when they recruited Jim Cregan, who had played in various R&B outfits, they returned for a second spell in Paris. During this spell The Ingoes recorded an EP for the Riviera label (cat no 231141) and a single version of Help, sung in Italian for the Italian market. Shortly after their return to London Colin Martin, The Ingoes drummer, left to be replaced by Kevin Westlake, who joined from Johnny B. Great and The Quotations who included future Rockpile guitarist Billy Bremner. Around the same time, perhaps a little before this line-up change, The Ingoes became Blossom Toes.

Giorgio installed the band in a house in Fulham and they entered the studio to record their first album. Much of the backing on the album was provided by an orchestra and sessionmen. It was full of quirky, rather naive psychedelic pop songs with I'll Be Late For Me among the best. Also of note are the beautiful cello parts in Love Is, the hook-ladened Telegram Tuesday and the eerie What On Earth. It was typical 1967 music but the band's live act suffered from them being unable to produce most of the tracks on their first album live. During 1967 they also had a three week residency at Stockholm's leading psychedelic club, the Merry Hassan. (3) is a bootleg taken from a tape of one of these shows and is full of Beefheart numbers. Although disappointing overall, it did include Listen To The Silence which ended up on their next album. Late in 1967 Kevin Westlake left the band to be replaced by Poli Palmer, who had played in Deep Feeling and several other Midlands bands.

A multi-instrumentalist Palmer would soon find his role restricted. Meanwhile they released a version of Dylan's I'll Be Your Baby Tonight, backed by Love Is in March 1968. Their next 45, Postcard/Everyone's Leaving Me Now, which appeared in October 1968 was much better. The 'A' side was rather catchy and the jazzy flip side featured Palmer on vocals as well as playing harpsichord and vibes. Shortly after Palmer left to join Eclection and later Family. He was replaced by Barry Reeves from the soul band Ferris Wheel.
___________________________________________________________

Pioneering in modern music usually follows some chronological track that’s easy to follow. Blues, for example, can be traced down the Mississippi River to its southernmost deltas, where men in shacks laced together solemn guitar signatures and the lyrical laments of field workers. Most music, in fact, can similarly trace its origin to a specific source. Psychedelic rock, however, the music that soundtracked the ‘flower power’ movement, doesn’t have such a clear lineage. The daunting volume of bands that, between the years 1966 and 1969, were willing to share their standard rock setup (guitar-bass-drums-piano) with a more expansive collection of sitars, strings, brass, organs, and woodwinds would contrarily suggest a nebulous, spontaneous musical origin if any existed at all. Recording efforts put particular pressure on producers, who each tried to capture the sonic spirit of an expanding sociopolitical consciousness (particularly of Asian culture) that defied any existing convention. The swell of music produced under the Flower Power banner all seemed to adopt some form of wayward, blurred, day-glo, meter-hopping motif. And like all movements and fads, a certain deconvolution was necessary in order to discern genuine conviction from empty fashion.

The Blossom Toes’ 1967 LP We Are Ever So Clean will forever have a place in flower power while at the same time, existing somewhere on this continuum between creativity (“Mrs. Murphy’s Budgerigar” sounds like a template for The Zombies’ 1968 Odyssey and Oracle) and fashion (the LSD-placebo laden, “The Remarkable Saga of the Frozen Dog”). “Look at Me, I’m You” introduces the record with a driving two-chord guitar line. The song then shifts into bubbling vocal harmonies and abstract lyrical lines that swirl in and out of the speakers: “The air is filled with coal dust/ The rain is making me rust.” Then an orchestral coda ensues for a few measures before the song shifts back into the driving rock that frames the song. While such schizophrenia does well to characterize psychedelic rock music, it’s poorly executed here with its layers of awkward texture. Simply put, The Blossom Toes’ adherence to blues-rock rhythms create rigid song structures that don’t lend well to these time-signature bends and instrumental arrangements that turn on a dime. This contrasts, for example, with Love’s “You Set the Scene” that, with its loose jazz rhythm, can readily be crafted into varying textures and arrangements. In spite of its auspicious introduction, We Are Ever So Clean has plenty of rousing moments, the best of which happen when a more homogeneous approach is employed. “Love Is” is an elegant song that could very well be a root of chamber pop as we know it today. It’s a short, ruminative piece with the perfect amount of tempered ambition. “Mister Watchmaker” compels in the same sense. In a perfect world, “Late for Tea” would rival “Time of the Season” and “With a Little Help From My Friends” as psychedelic rock’s crowning anthem.

As a DeLorean writer, I’m often leery of reissue bonus tracks, but the strength of those included on this collection bare mentioning. The live versions of “Mister Watchmaker” and “Love Is” invite the listener into an even greater intimacy than their beautiful recorded counterparts. A confident and loyal cover of Bob Dylan’s “I’ll Be Your Baby Tonight” serves to tie this collection into the context of the late 1960s pop. Included also is an instrumental version of “Look at Me, I’m You” that drives forth with genuine rock abandon. Clearly, its finished counterpart that found its way onto the record fell victim to an overzealous editing session. Its inclusion is telling: allowing us to glimpse the sketchpad of ideas stirring among the band and the unfortunate role that production had in diluting it. And it’s this notion that prevents We Are Ever So Clean from being a landmark psychedelic record. Ambition and zeal. Surely a sign of the times.
____________________________________________________________

Blossom Toes were the twee-est band of all time-- twice as twee as the Dukes of Stratosphear covering "(Listen to the) Flower People" in front of an audience of animated chipmunks, thrice as twee as a Keane painting magically brought to life by a sprinkling of fairy dust and singing the Fluff Fluff Fluff Fluff and Cuddleyness catalogue. Originally the Ingoes, one of ten million British blues bands who desperately wanted to be the Yardbirds, they hooked up with their idols' manager Giorgio Gomelsky; just as flower power was taking off, they were directed to become psychedelicists and change their name, for reasons having less to do with LSD than pounds-shillings-pence.

In the new reissue's liner notes, the Toes claim their songs were all written by the time somebody played them an acetate of Sgt. Pepper's in the studio. If so, "Penny Lane"/"Strawberry Fields Forever" seems to have hit them like an acid bomb, because virtually every song here can trace its DNA to the Beatles' psychedelic moment, from the harmonies to Kevin Westlake's Ringofied drumming to the quick-changing orchestrations accompanying the chime of their twelve-string guitars to their general sense of persistently tuneful music-hall whimsy as the corridor behind the doors of perception.

They don't waste time getting around to it, either: The opening track begins with a backwards-guitar fade-in before singer/guitarist Brian Godding exclaims "Look at me I'm you! Look at me I'm you!" Godding was the band's main songwriter, although guitarist Jim Cregan also gets in a couple of good ones, especially "When the Alarm Clock Rings" (later recycled as the closing track of the Nuggets II compilation), and Westlake contributes a song called "The Remarkable Saga of the Frozen Dog", which is as look-at-me-I'm-high as you'd guess.

And virtually everything on the original album works beautifully-- they'd spent years streamlining their attack on stage, including a stint backing up Sonny Boy Williamson, so the spaced-out playfulness of their lyrics and singing is balanced out by fine, tough musicianship. "Hurry up, sleep, take me/Or I'll be late for tea," they croon, but even as an overdubbed French horn paraphrases the "Penny Lane" coda, Westlake and bassist Brian Belshaw are playing crushingly hard.

The ten bonus tracks appended here mostly just demonstrate how quickly the bloom came off the blossom: a few demos and live tracks meant to suggest what the "real" Toes sounded like without the album's ludicrous overdubs (not nearly as much fun), and a forced-sounding cover of Bob Dylan's "I'll Be Your Baby Tonight" from a 1968 A-side. Two years later, they made a heavy, dull second and final album, If Only for a Moment, which has also just been reissued; the new edition includes the single "Postcard", the only trace of whimsy that remained in them after Clean.

The summer of 1967 produced lots of phenomena, and the historical condition for the Blossom Toes to be not just twee but wonderful might have been one of them. The only reasonable response in 2007 to hearing them chirp "I will bring you plastic flowers/You can play with them for hours" in druggy harmony is to conclude that they're a brilliant put-on. But they were for real-- or at least not wholly fictional-- and, for a few gorgeous, candy-colored months, they kicked ass up and down the Royal Parks. 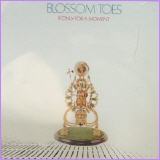