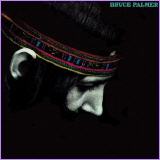 Neil Young has the reputation of being the Buffalo Springfield’s resident eccentric, but the group’s real wildcard was bassist Bruce Palmer. Forced to leave the band after a drug bust, Palmer had a groove (both on bass and in life) all his own, a groove that comes through loud and clear on this, his only solo album, cut for Verve Forecast in 1971. This is easily one of the most ambitious releases of the late ’60s and early ’70s (a tall claim indeed); consisting of only four tracks, 'Alpha-Omega-Apocalypse; Interlude; OXO, and Calm before the Storm, The Cycle Is Complete' blends psychedelic trance jams with world music and even free jazz to create a vibe that’s oh, about two or three decades ahead of its time—this stuff predates new age, trip-hop and two or three other related contemporary musical currents. And yet, it definitely retains its exploratory, psychedelic ’60s spirit, which places this record near the top of many ’60s rock fans’ cult classic want lists! . Our exclusive 'Collectors’ Choice Music' release includes new notes by Richie Unterberger that give some background on Palmer as well as on some of the musicians (vocalist Rick Mathews; percussionist Danny Ray a.k.a. Big Black) that went along for this wild ride. A gotta-check-it-out 'Collectors’ Choice Music' exclusive! (amazon.com)
1. Alpha-Omega-Apocalypse 16:43
2. Interlude 1:59
3. Oxo 7:09
4. Calm Before the Storm 9:55