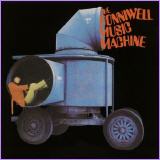 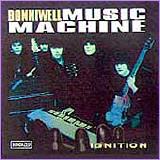 As this has a mixture of rare singles and unreleased tracks from 1965-1969, it's primarily for converted Music Machine fans, not for those who want just one album by the group or a place to start investigation. That said, it's a pretty interesting assortment of odds and ends, a few of which are among the band's best efforts. Foremost among them is the explosive (and quite innovative for its time) 1966 number "Point of No Return" with its unusual mixture of folk-rock and pre-acid guitar work, as well as a magnificent anguished, subtly anti-war vocal by singer and songwriter Sean Bonniwell. The moody, building-from-a-smolder-to-a-roar "Dark White," a 1969 outtake, was already heard on the out-of-print Rhino best-of LP. It's also one of Bonniwell's better creations, as well as one of the best lyrical meditations upon the ambiguous tension of sexual desire that you're likely to hear. "Advise and Consent" is a decent obscure flop single, though not one of the group's greatest. As for the previously unveiled outings, the 1965 demos by the Ragamuffins (the trio of future Music Machine members Bonniwell, drummer Ron Edgar, and bassist Keith Olsen) are especially interesting, catching them in their tentative transition from folk-pop to garage psychedelia. "Citizen Fear," one of the latest tracks (from 1969), has the careering sonics and intriguing sociometaphysical (if that's a word) words typical of Bonniwell's better songs. Much of the rest, though, is simply not up to the caliber of the band's best stuff. Still, it's a worthy complement to the (Turn On) The Music Machine album and Sundazed's previous collection of lesser-known material, Beyond the Garage. ~ Richie Unterberger