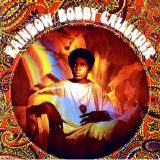 The original trippy 1968 album by this US mystical poet-songwriter. Mixing Eastern and Western sounds and drawing on influences ranging from raga to baroque this is a dreamy, evocative song cycle embellished with sound effects and instruments as diverse as sitar, tabla, harpsichord and strings. Incense shrouded, tripped out eastern psych bliss!- thick card gatefold sleeve. - Freak Emporium

RAINBOW is considered a psychedelic mystical classic. The Alan Lorber produced album, was designed as a suite of 9 compositions with lyrics dictating a mood relating to orchestral colors of the rainbow. The music styles range from Raga to Jazz, R&B to Klezmer, Baroque to Modern with anectodal stories about nature, spiritual self, society in 1968, many with twist endings. Bobby Callendar was an incredibly gifted poet and lyricist. - Forced Exposure

This record is pretty strange. Not nearly as 'far out' as it might appear, it is perhaps more unsettling in that its strangeness is more subdued than records whose overt flourishes of psychedelia wallop you over the head subtle as a flying mallet. Mind you, this is no 'Forever Changes' or 'Easter Everywhere' or anything in that rank of masterpiece in any way, shape or form, but it should please those curators of all things 1968 in quite a chakra-tickling way. It's all over the place in an even but beguiling way -- one minute Bobby is singing in a laconic acid-topped-with-mandrax near whisper, the next he's crooning like Cab Calloway (well... sort of); one second he's chanting over tabla, sitar and tambura drones, the next he's rocking out to arrangements that would have sat well with Tom Jones -- and often this happens in the same song ("A Man"; "Symphonic Pictures"). The record's musical schizophrenia reflects an odd atemporality that gets under your skin because it seems that this is not any kind of aberration but rather the daily quotidian cup-of-karma for this eclectic man. But don't go judging ol' Bobby, he's "Just High On Life." Right. A nice slice of Boston psychedelic music if there ever was one, in any event. - Flabbergasted Vibes

First of all my compliments again for the way Akarma Records reissued this album on a double LP : 3 sides with music, one site with a very beautiful 3 dimensional pictures of the beautiful label logo, with a coloured version in the middle.
Secondly is this a very unique concept by Bobby Callender, with Colin Walcott and Donald Robertson on sitar, Paul Harris on organ, piano and harpsichord, and many more progressive artists. "Rainbow" is a very personal spiritual approach with end 60's progressive foundation. The singing has deep emotions, is fragile in its mellowness. The association for listeners and for Bobby might be different. He was on his spiritual search. For us he's in a musical mind-blowing experience. "My rainbow of colours reflects the past and present. Each change has been indicated by the spectrum of my life and only it knows the hidden colours of my future" says the cover quote about the concept, telling us about Bobby's quest. "Sade Masoch" might be the most outstanding track in various ways ; it is a sad but nice touching story about a teacher who lost his mind after a too self-controlled life. The mellowness gives it also a very sad feeling of a very introvert spiritual introspective. As I said before several people might use this more readily to get stoned by. Some tracks are a bit sleepy mellow in singing, but all have interesting progressive approach of music. This contrast makes the complete concept highly original. Also the bonus tracks from the LP are worth to discover...
On the second album Bobby developed his spiritual quest to the next degree, where this concept becomes almost his personal ashram music. This mellow soul music is even more exaggerated, some Indian ideas are melted together with a Western individual approach. Where the balance between the fragile and structured part was perfect on "Rainbow", here it goes deeper into the spiritual part. Not easy to get a full grip upon without loosing it a bit one way or another. I'm not a religion freak at all which made it a bit more difficult for me at first. A female voice gives spiritual advice on the path, a small choir goes along like in religious big groups he ho hare hare and stuff like that (luckily only as very short accents) while Bobby is like a talented hippy who makes this madness into a beautiful heaven atmosphere, with some orchestrations added this time. Once getting over the predictions (-some repetitive singing still make it difficult to appreciate the full content of the concept-) I have to realize also this concept is not only strange but still very unique and nicely arranged. - PSYCHEMUSIC.ORG

During the late 60’s, Bobby Callender was one of the most mythical figures in popular music. Conceptually his musical universe delivers all the originality of an artistic freedom, really awakened of alternative lifestyle, cross cultures and psychedelic “civilization”. Callender is an afro American who turned to mystic and reaches himself into Indian raga, philosophies from the East. The two albums he recorded under his name (“Rainbow” in 1968, “The Way” in 1971) are currently seen as the two logical sides of a grandiloquent project including numerous musicians from the jazz and raga scenes. Among the featured musicians we can quote the famous “India raga style” guitarist Collin Walcott. Bobby Callender composes almost all titles and make some recitations. “Rainbow” released in 1968 is a fantastic effort, really amazing, played freely with numerous dialogues between sitar and tabla, with subtle adds of violin, piano and bass (electric). The main elements of composition are the rhythm, very structured, complex and the improvisational jazz / “raga” which introduces us in a spiritual and floating psychedelic atmosphere. The two albums are really conceptual, developing short, esoteric tales mostly served by basic themes of eastern instrumentations and odd, spoken words. Bobby Callender’s musical signature is a perfect illustration of free form “ethnic” jazz improvisations in adequacy with the growing effervescence of the 60’s “acid”, psychedelic philosophies.
"My rainbow of colours reflects the past and present. Each change has been indicated by the spectrum of my life and only it knows the hidden colours of my future" - Philippe Blache, ProgArchives.com 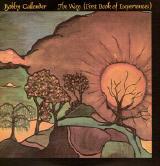 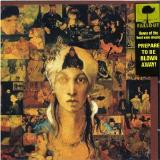