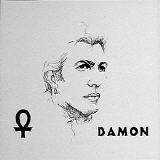 This legendary music has been called magical, mystical, hypnotic and more. After being placed in the hands of mastering engineer extraordinaire John Vestman, the music seems to crawl inside your soul and grab you from within.
~~~~~~~~~~~~~~~~~~~~~~~~~
"Song of a Gypsy" is the #1 most sought after vinyl album of all time. It is listed at $3,500.00 per copy and without Damon's unique style of mind provoking lyrics and unusual style of music in your collection, you are lacking the #1 album of this genre. "Song of a Gypsy" is considered one of the top 5 albums from the psychedelic era by all experts.

Throughout the ages Gypsies have been constantly on the move. . . not an aimless wandering, but a journey with a reason, a goal.

The gypsies of Europe were on a relentless quest for freedom, escape from persecution, but always with a sense of camaraderie filled with music, dance, and romance. The Gypsies of our land, having freedom from persecution, have risen to seek an even loftier prize; the meaning of life itself.

With the realization that Love is the "Key", then love itself becomes the goal. As gypsy music is flavored by the stops along the way, ours too is spiced by fellow minstrels who play throughout the land.

Although each one of us is different and entirely unique, we must never forget that we are a "band of gypsies" and we must see to the needs of those other wandering souls who also seek this "Holiest of Grails" that we call love. The lot of the gypsy symbolizes each one of us as we wander down the paths of our lives.

Fortunes told are the people we meet, the warmth of our friends, our campfires. All too often we ignore or turn away from others because they are a little different than we are. We fail to look deep into their hearts where we may find a kindred soul; a seeker of love, a seeker of freedom, a seeker of truth. It's our choice whether we turn away or take a chance and reach out to others.
It was my reaching out through music to let others know that they're not alone, and there are many more of us out there with "gypsy souls" and the same sensitivity in regards to love and it's depth.

The original album, "Song of a Gypsy", represented the beginning of my search for love and the meaning of life. The new album, "Gypsy Eyes", speaks of growth and a greater understanding of what I have learned over these past several years. The songs are about love; good times, and bad.

There may even be some answers for those of you who are endowed with "gypsy souls", seekers of love and truth. The music has those same hypnotic, haunting melodies which, when listened to from beginning to end, leaves you in a place of a new understanding of love and life itself.
If you are one of those fortunate enough to already have a copy of "Song of a Gypsy", then "Gypsy Eyes" is a definite must for you. As the photos show Damon through different stages of life, his latest CD, "Gypsy Eyes" shows how he has moved into new truths of life, none which contradict his earlier beliefs, but observations that enhance the gypsy life.

The title song, "Gypsy Eyes", relays the message of the hardships and joys of life that is seen in the depth of the eyes of so many of us gypsies. "Hold On" tells that whether we're facing good times or bad, tomorrow offers new hope. "You're Mine" is about thoughts and dreams of being apart from the one we love. "Livin' in Limbo" talks about the state we gypsies seem to be in more often than not. "Seems Like I Traveled" (down this road before), tells of just that. "Song of Love" is the perfect example of how we gypsy men need to treat our ladies. "Listen to the Voice" tells of the two voices we seem to hear in our heads - one telling us that we are worthless pieces of crap, and the other encouraging us to trust and move on. "Tomorrow, Yesterday, Right Now" shows us that time itself is something we will never understand. "Quiet of the Evening" is a love song that every gypsy soul can relate to. To complete the scenario, "The Road" is a true story of a lesson learned by Damon years ago that has helped him through times of great failure. (cdbaby.com)

One of the classics of the field, not without detractors but a great and special experience in my ears. Sometimes described as folk or folkpsych it is in fact tranced out gypsy Arabian acid fuzz crooner psych with deep mysterious vocals, an amazing soundscape and excellent songwriting. The tracks may at first seem too similar, and several plays are suggested before making your call. Unique, though Darius is a distant relative. The inner gatefold design was used for the single sleeve front and back. Of the reissues, most are vinyl-sourced bootlegs; the Daily Bread CD was done by Damon himself from tapes, and the Guerssen album is legit. He had several 45s including one great non-LP 45 track, and a surprisingly good comeback album in 1999 with sound and vibe close to 1969 LP, recommended to any Damon fan ("Gypsy Eyes", CD Daily Bread). ~ From "Acid Archives Of The Underground Sounds 1965-82", Lars Schmidt