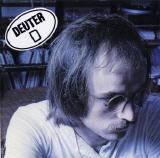 Born in 1945 in postwar Germany, Deuter studied the flute, taught himself guitar and just about every instrument he could get his hands on, though it wasn’t until after a near-fatal car crash in his early twenties that he decided to pursue a career in music. Over the years, Deuter has continued learn and master a vast array of instruments, including the drums, the shakuhachi flute, the koto, sitar, Tibetan singing bowls, santoor, bhuzuki, piano and keyboard. He’s recorded and released over 60 albums and has sold too many records to count.

Beginning with moody bass and guitar plucking that wouldn't be a fraction out of place on albums by fellow German musicians like Ash Ra Tempel, D finds Deuter as both an accomplished composer and self-producer. It's not about simply technical virtuosity, of course, as the music throughout D demonstrates. At once epic in scope and with a sly, careful sense of entrancement, this is psychedelic music in the immediately post-psych world. The multi-part "Babylon," which takes up most of the album's first half, exhibits as much metallic flash and snarl on guitar as it does drowsy, dreamy studio treatment; keyboards are mixed with an endless amount of backwards taping. It could make for one heck of a soundtrack to an avant-garde documentary film of the time, but works quite well as its own creation.

To his credit, Deuter doesn't repeat the performance on the other tracks, instead adding other elements to mix with ones already introduced. Thus, there are rolling percussion jams and (for the first time) wordless vocals on the insistent slow build and burn of "Der Turm/Fluchtpunkt," while other songs include the presence of numerous overdubbed sitars or the use of flowing water as a rhythmic element. The haunting, cyclical synth parts on "Gammastrahlen-Lamm," which closes D, provide an appropriately beautiful coda to a strange and quite lovely album. Hints of wiggy Krautrock humor with song titles crop up: "Babylon" in its various parts is described with classical terms such as "andante," while another long piece (the one consisting of sitars and nothing else) gets the bemusing appellation "Krishna Eating Fish and Chips." The cover art is enjoyable as well, with the back featuring Deuter crouched over some bongos in front of his home stereo/crash pad setup. Not quite prog-age bachelor pad music, but still....~ Ned Raggett