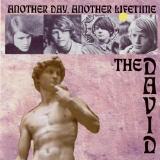 'Another Day, Another Lifetime' is simply one of the greatest and most creative songs to come out of the psychedelic era of the late 1960's, with excellent musicianship and lead vocals. I remember it being played on WNEW-FM in New York at the time of its original release, and have been eagerly awaiting its release on CD.

It's hard to believe that a song this good is so-little known in rock music circles. The title track alone is worth the price of the CD if you're into classic late-60's music of the Pink Floyd/Fever Tree variety; and, surprisingly for a group which made only this one album, the majority of the other tracks are enjoyable as well.

The sound quality on the CD is excellent. Kudos to Jamie/Guyden records for bringing this out at long last!

I've been lucky enough to have been enjoying this on vinyl for a long time, so it was exciting to see a CD reissue with bonus tracks, which I'd never heard. I used to listen to a lot of psychedelic music, which I still enjoy from time to time, and this is unqestionably the best of the many albums I have. One of the greatest albums I've ever heard, in any style, period. This California band falls into the same category as KAK and Aorta, bands that showed genius and should have enjoyed much wider popularity. Somehow, they got lost in the crowd, only to be rediscovered in thrift store dust bins and hailed as masterpieces by later generations. The David's contribution, "Another Day, Another Lifetime," is a beautiful album full of gorgeous, unforgetable, melodies and driving rock rhythms. The lyrics are both mysterious and introspective. The concept of "time" seems to run through many of the songs. Probably the best reason to own this CD is that, unlike the original album or the European CD reissue, the liner notes finally tell the full story of the band, which had been considered one of 60s rock's great mysteries. Warren Hansen - alive and well - tells it all! The only drawback of the CD reissue is that the two bonus tracks probably weren't necessary. They show the band in their final hours; not at their peak. The original album is short and sweet. It never needed anything else. And what happened to Alan Maynard's cover art? Whoever slapped together the amateur cover for this CD has a lot to learn about managing digital images. My only other gripe is that the liner notes fail to mention the fate of guitarist, Mark Bird. But honestly, this album is so good, I feel guilty pointing out any faults. I would bet that anyone who listens to this CD more than once can't help but fall in love with it.