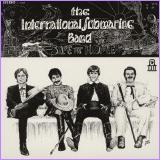 The International Submarine Band (ISB) was formed by country rock pioneer Gram Parsons, while a theology student at Harvard University, and John Nuese, a guitar player for local rock group The Trolls. Nuese is largely credited with having persuaded Parsons to pursue the country rock aesthetic he would later be remembered for, when the two first started the "ISB". The two subsequently formed The "ISB". Parsons' work with the band predates his better known ventures with The Byrds (for their 1968 Sweetheart of the Rodeo LP) and with the Flying Burrito Brothers.

In 1965, Parsons enrolled at Harvard University to study theology. Never a serious student, Parsons immediately set about establishing himself as a presence on the local folk music scene. Parsons' first band, which he named 'The Like', featured only Parsons and students from the Berklee College of Music. Given that Parsons was interested in pursuing a career as a folksinger at this time, his bandmates' jazz training proved incompatible with Parsons's musical aspirations. The group disbanded late in 1965, when Parsons met John Neuse, a guitarist with another local group called 'The Trolls', who convinced the singer to pursue a country rock aesthetic.

It was not until he met John Nuese that Parsons began to openly pursue an explicit country rock aesthetic. According to Nuese: "I was the only one with experience playing and listening to a lot of country music. Gram, who had been exposed to country music during his formative years, was doing commercial folk music. It was my influence that turned him onto country music." Sufficiently impressed with what he heard, and more interested in "chasing tail and dropping LSD" than completing his degree, Parsons dropped out of Harvard before his first semester was over. Immediately, Parsons and Nuese formed "The International Submarine Band," named after an old Our Gang comedy routine in which kids auditioned for a radio programmed as "The International Silver String Submarine Band." Featuring Parsons on guitar and vocals, Ian Dunlop on bass and Mickey Gauvin on drums, the "ISB" failed to make a lasting impression on either the Top 40 Pop or Country charts with any of their recordings, though they are largely considered one of, if not the, most influential pioneer country rock groups.

In early 1966, the "ISB" moved to New York City, where they lived in a house purchased through Parsons' large trust-fund. While in New York, the ISB recorded two singles for Goldstar Records, and an album which went unreleased and was eventually lost The group's first release, a single in April of 1966 called "The Russians Are Coming, The Russians Are Coming," was a largely forgettable cover of Johnny Mandel's tune of the same name composed for the eponymous Norman Jewison film. On the B-side, however, was the group's raucous cover of a Buck Owens song, namely, "Truck Driving Man," their recording now largely considered the first country rock recording. Later that same year, Goldstar released another single, featuring "Sum Up Broke" — a collaborative effort between Parsons (lyrics) and Nuese (music) — on the A-side, and Parsons' "One Day Week" on the flip side.

Undaunted by his failure to achieve overnight commercial success with the "ISB", Parsons began to consider moving the group to Los Angeles, spurred on by child actor Brandon DeWilde's promise that he could get the group appearances in films. In November, Parsons headed out to Los Angeles' Laurel Canyon district on a scouting trip; while there, he stole Nancy Ross away from David Crosby, and began a torrid love affair with the aspiring film star. After Ross promised to find for Parsons and the "ISB" official representation in Los Angeles, Parsons convinced the group to move later in the year. As was his custom, Parsons used his trust-fund money to purchase a house for his band, while he stayed in a rented apartment with Ross. Introduced by DeWilde to Peter Fonda (as promised), the eventual star of the counter-culture classic Easy Rider, Parsons convinced Fonda to advocate a cameo for the "ISB" on Roger Corman's psychedelic film, The Trip, in which Fonda was starring at the time. The "ISB" recorded "Lazy Days" for the film, but the song was eventually rejected; it was replaced with music by The Electric Flag, though the "ISB" still appeared on screen.

Frustrated by his inability to find commercial success with the "ISB," Parsons soon took to playing honky-tonks in the Los Angeles area with his friend, Bob Buchanan (co-author of "Hickory Wind"), and eventually decided to focus exclusively on country music. Almost immediately after Parsons informed them of his new country focus, Ian Dunlop and Mickey Gauvin left the "ISB", forming a group called The Flying Burrito Brothers. The split was amicable: Parsons played the group's first gig.

Only days before the "ISB" officially split, Suzi Jane Hokom, a would-be record producer from the area, observed a rehearsal. Impressed, Hokom convinced her boyfriend, Lee Hazelwood, owner of LHI Records, to sign the post-breakup Parsons and Nuese to an excusive contract as the "ISB". Immediately, Parsons and Nuese began their search for musicians to complete the band. Jon Corneal, a drummer from an earlierParsons band, answered the call, though he was making a good living playing as a session musician in Nashville. Three session musicians were hired to augment the threesome: Joe Osborne on bass, Earl Ball on piano and Jay Dee Maness on pedal steel.

The newly re-formed "International Submarine Band" recorded their first single in July of 1967, under the watchful gaze of producer Hokom: two Parsons compositions, "Luxury Liner" and "Blue Eyes". Four months later, in November of 1967, the same group, plus newcomer Chris Ethridge on bass, entered the studio to record what would become the band's only full length release, Safe At Home. Two more Parsons originals made the album: "Do You Know How It Feels To Be Lonesome" and "Strong Boy".

Though Safe At Home was finished by December of 1967, the ISB's debut LP went unreleased for several months. Parsons' left the "ISB" fold in February of 1968, to perform with The Byrds. As Chris Hillman recalls, "Roger McGuinn thought he was hiring a piano player but, as he's said, 'We got George Jones in a Nudie suit... He had a great insight into country, real country music as well as R&B... you know, the working man's songs" . More importantly, contrary to what is often claimed, Parsons was never an official member of The Byrds. "Gram was hired," Hillman continues. "He was not a member of The Byrds, ever — he was on salary, as was my cousin Kevin Kelley, but he just took over. We were tired old Byrds — we'd been doing this for three or four years. You know, we just said, 'Whatever you wanna' do kid.' But I loved it, 'cause it was my kind of music. It was an exercise for us — Country Music 101" . Nonetheless, Hazelwood was less than pleased. He successfully gained ownership from Parsons of the name "International Submarine Band," and successfully prevented Parsons' vocal tracks from appearing on The Byrds' Sweetheart of the Rodeo. The ISB's only full length release, Safe at Home was finally released by LHI in spring of 1968, by which point the group had officially ceased to exist. Nonetheless, their debut and final album, Safe at Home, is considered one of the first authentic country rock albums.

Safe at Home was the 1968 album by The International Submarine Band, led by the 21-year-old Gram Parsons. Featuring four of Parsons' originals surrounded by six covers of classic country and rock and roll music, it helped to forge the country rock movement of the late 1960s and early 1970s.

Four months later, with the group's line-up consisting of Parsons, Nuese, Corneal and Buchanan (augmented by Ball, Maness and Ethridge) the group ran through two new originals, "Strong Boy" and "Do You Know How It Feels To Be Lonesome" and seven covers, six of which ended up on the original album. By early December, the album was finished and given a target release date of late January or early February 1968, in order to avoid the Christmas rush.

Unfortunately, Parsons would jump ship before the album's release and it would lay dormant for months. After months of legal wrangling, with Parsons a member of The Byrds and the remainder of the group unable to find a suitable replacement for him, the album came out in July (complete with rave reviews from Glen Campbell and Don Everly—leading some to speculate they had played and/or sang on the album), with any hope of Parsons' returning to the fold, and any hope of the album's success lost. As a condition for The Byrds releasing their next album, the Parsons-dominated Sweetheart of the Rodeo, however, was the deletion of Parsons' vocals from most of the tracks he had sung lead on that album. This would be one of Parsons' many gripes about his tenure in the group, which was over by the time of the release of Sweetheart of the Rodeo in August, 1968.