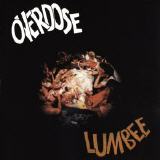 Sought after late '60's heavy acid rock gem that features a cover featuring young kids sucking on hookahs ! The original album came with a drug dealing game, which sadly is not part of this reissue however the powerful heavy riffing with male and female vocals is intact. The album stands up well alongside albums such as Blue Cheers later recordings, Grand Funk, Damnation etc. Hard, heavy and wholesome.


Originally known as Plant and See (line-up 'A'), a four-piece from Fayetteville, North Carolina. They were enjoying some success with a 45 and LP under their belt when their label White Whale went under and they were marooned. Determined to continue they got another contract which meant a change of name - so they chose to adopt the name of Lowery's native American tribe.

A strange album which came with a big cardboard insert for the 'Overdose' game, a kind of 'Monopoly' for stoned people! The lyrics are obviously drug-related (You Gotta Be Stoned, Veronica High) and the music is rather bluesy with some sound effects. Now rare and sought-after but probably more for the game than for the music itself, which is of minor interest. ~ Stephane Rebeschini/Max Waller

Their sole LP was originally accompanied by a board game that had, as its central objective, the establishment of a worldwide dealership, from which players started out selling marijuana before graduating, eventually, to acid. Unfortunately, that gimmick along with the group's atypical interracial makeup was really the most fascinating attribute of Lumbee's sole album, which was largely a collection of lumbering southern blues-based rock songs with only brief flashes of inventiveness.

Taking its name from a Native American tribe located near Lumberton, NC (their native state), Lumbee began as the wonderfully monikered Plant and See, which released a late-'60s album on the Turtles' record label, White Whale. The makeup of the band was a curious anomaly for the era: leader William French Lowery was of Native American ancestry; his wife and the group's singer Carol Fitzgerald was Scotch-Irish; drummer Forris Fulford was Black; and bassist Ronald Seiger was Hispanic. A single from the album was rising up the charts at the time White Whale folded, ending any chance of the national success it might have had and leaving the band without a record deal and, due to legal ramifications, its band name. With the loss of Seiger and the addition of rhythm guitarist Rick Vannoy and new bass player Bobby Paul, Plant and See regrouped under the name Lumbee in 1970. Soon thereafter they were in the studio cutting Overdose, so named as a tribute to three rock stars (Janis Joplin, Jimi Hendrix, and Jim Morrison) who had recently succumbed to drugs. The album was quite controversial at the time due to its unique doper board game and its cover sleeve, which portrayed children playing said game. A single from the album, "Streets of Gold," rose to the top of various regional charts, and the band played with such well-known acts as the Allman Brothers Band. Shoddy management, however, soon led to disillusionment and eventual dissipation. ~ Stanton Swihart, All Music Guide