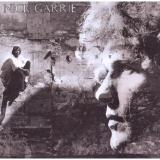 Nick Garrie - The Nightmare of J. B. Stanislas (19

Nick Garrie's rare pop-psychedelic album is reminiscent of the sunniest and frothiest such British music of the late '60s. In its match of pretty melodies and overtly romantic lyrics with Baroque pop production, it calls to mind the U.K. '60s band Nirvana in some respects, and perhaps fellow youthful singer/songwriter Billy Nicholls. In gutsier moments, you might also think of the very early Badfinger (or the Iveys, the band that evolved into Badfinger) or Thunderclap Newman. Though his tunes are pretty, they can also veer toward blandness, and his vocals are callow and uncertain enough to make one wonder whether his compositions might have been better served by other singers. Some ill-advised forays into country-influenced material are the album's low points, but those are uncharacteristic. Most of the record is lite pop-psych with a definite Continental flavor, tinged with bittersweetness but never melancholic, evoking pictures of a sensitive late-19th century heir riding in a carriage over cobblestoned streets with top hat and petticoated girl beside him.
~~~~~~~~~~~~~~~~~~~~~~~~~~~~~~~~~~~~
One of the most mysterious and sought after albums ever... A masterpiece of dark and enigmatic downer orchestral folk-rock beauty redolent of Nick Drake or even, er, Peter Sarstedt if you please! But who on earth was Nick Garrie-Hamilton? And why was this a France-only album?
A languid, orchestral post-psychedelic treat, it's equal parts UK baroque-downer pop/folk, with echoes of Peter Sarstedt and Al Stewart, and Euro grown up yet now-sounding pop, where Dutronc meets Aznavour...and Gainsbourg is the Daddy.