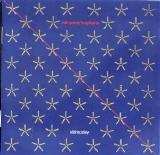 Ejected from Hawkwind, Nik Turner found himself in Egypt with most of the then line-up of Gong and managed to record his flute from inside the Sarcophagus of the Great Pyramid. Lyrically based on the Egyptian Book of the Dead, this has been rerecorded & remixed endlessly.

"Every Hawkwind fan knows about the band rarely every keeping the same lineup for more than one album. In 1975, the band lost Lemmy, in which he formed Motorhead (named after the 1975 Hawkwind single Lemmy wrote and recorded for while still in Hawkwind), and in 1976, they lost Nik Turner following the release of Astounding Sounds, Amazing Music.
Looked like Nik Turner had no problems finding life after Hawkwind. He used his stay in Hawkwind to continue recording for Charisma Records (Hawkwind recorded on this label from 1976 to 1979, including the short time they were called Hawklords). So first, in 1977, he recorded a bunch of flute tracks inside the Great Pyramid in Giza. I wondered if he got that idea from American jazz musician Paul Horn who (then) recently released an album of flute music inside the pyramid called Inside the Great Pyramid? Don't know. But while Paul Horn simply used the flute recordings as his album (since he intended another meditational flute album that was similar to his earlier Inside album that was recorded in the Taj Mahal in the late '60s), Nik Turner came to Wales and had various musicians lay on their tracks on their instruments in a recording studio. These musicians were known as Sphynx, and several Gong members were present, including Steve Hillage, Miquette Giraudy, Tim Blake, Didier Malherbe, and Mike Howlett. Also ex-Hawkwind drummer Alan Powell, Morris Pert (Brand X) and a few musicians I don't recognize.

One thing you have to remember is don't expect the hard rocking, heavy metal influence of Hawkwind. Expect a mellower album, with strong Egyptian influences. Almost like Gong meets Paul Horn recording Inside the Great Pyramid. Several songs features a lot of narration from Turner himself, while he provides some stunning flute work. Like on "The Awakening (Life on Venus)", "Pyramid Spell", and "Hall of Double Truth". "Thoth" has a more electronic feel, almost Tangerine Dream-like but with narrations. All the narrations and singing are inspired (unsurprisingly) by the Egyptian Book of the Dead. "Horus" starts showing the Gong/Hillage influence stronger, really tripped out stuff. You won't mistake who's playing guitar and synth, and both Hillage and Blake give their trademark guitar and synth sound respectively! The next piece, "Isis and Nephthys" simply blows me away! Miquette Giraudy provides some really wonderful singing, I really think she really shined (vocally) the best on any album she ever was on (be it Gong, Hillage, or this album). The Egyptian influences certainly add on to the stunning beauty, plus glissando guitar from Hillage. "Osiris" had a more sinister feel, but another really tripped out piece that I can't get enough. The last piece, "God Rock (The Awakening)" is by far the most Gong-like piece of them all. In fact, if weren't the fact it was Nik Turner and not Daevid Allen doing the vocals, it would've easily fit on Gong's album You (1974), again no surprise, since many of the same musicians playing on that Gong masterpiece are on Xitintoday. Glissando guitar ever present, Mike Howlett giving some nice slap-bass (that is, the plunking electric bass style), and where Nik Turner himself actually sings, rather than narrates. I like how this piece ends with what sounds like something out of an Egyptian bazaar.

Warning: in 1993, Nik Turner re-recorded this album and released it as simply Sphynx (on the Cleopatra label), with no Xitintoday on the cover (and of course, a totally different cover). Apparently he reused the same 1977 flute tracks but everything else was a brand new recording. Many people were obviously upset it wasn't the original Xitintoday, so the 1993 version gets a lot of unfavorable reviews. I hadn't heard the '93 version, so I can't comment there. It's this 1993 version that's most common, you want the 1978 original, which only got reissued on CD briefly in 1998 (totally different artwork from the original), but as of this typing (January 2007), a new CD reissue from a Japanese and a British label of the original Xitintoday (with original artwork) should be out soon.

I really get a kick of space rock acts who add strong Eastern influences in their sound. Gong did that, in the 1990s, Ozric Tentacles did too. So in 1978, Nik Turner did too. A great album for those who like Gong style space rock with Egyptian influences!" ~ Ben Miler