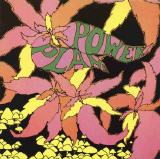 A liner note on the back cover says it all: "The Golden Dawn...five young men...with a powerful message...present this album...truly a power plant". This album, recorded in 1967 but not released until 1968, is in my opinion - and with all due respect to the 13th Floor Elevators - the best album that was ever released on the International Artists label. Please enjoy this classic US psychedelic album, recorded in 1967 and released in 1968.

One of my (and many people's) personal top 20 1960s LPs. Killer garage-folkrock-psych sounds with Tommy Hall-inspired lyrics and great melancholic vocals. The emotional range is remarkable for such an early album, going from the snotty acidpunk of "Evolution" over the classic psych of "My time" into the brooding introspection of "Reaching out to you". "This Way Please" is one of the ultimate acid introspections of all time. Add to that a killer cannabis 'shroom "dayglo" sleeve and you've got a major classic on your hands. Almost everyone loves this, essential to any decent psych collection. The LP was recorded July 1967 but not released until the turn of the year in order for IA to focus on the 13th Floor Elevators' "Easter Everywhere".

Most people rate this as second best IA album after (13th Floor Elevator's) "Easter Everywhere", and I'd agree. The Elevators comparisons are warranted, especially in the vocals, but most of the album has a really garage-y feel. They seem more youthful and energetic than the Elevators -- "Fire Engine" and "Earthquake" are the Elevators songs that have a similar feel to Golden Dawn. Good variety of songs, with just enough effects and trippy moments to keep it interesting. Lots of hooks... if stuff like "Pushin Too Hard" and "Psychotic Reaction" could have been hits, these should have been too.