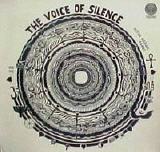 Peter-Michael Hamel (piano, organ, electronics) was born in Munich in 1947. From 1965-1970 he studied composition under Fritz Buchtger and Gunther Bialas in his home city. During this period he played free jazz, South American folk music and experimental electronics. In 1970 he founded Between with the Argentinean Roberto Detree and the American Robert Eliscu. In 1972 he guested on Agitation Free's first album, adding his peculiar hammond organ style. His interest in Eastern music and meditation resulted in several travels to Asia. His first four albums are also very influenced by such elements. Hamel (1972) was a double album, setting standards for all the albums to come: long, meditative and floating tracks in a minimalist tradition. Some tracks were performed live without overdubs. It had fantastic, colourful, sleeve artwork. Both this and Voice Of Silence were released on the legendary swirl Vertigo label. Hamel performed vocals in a special Indian vocal technique (named khyal) on Voice Of Silence and Buddhist Meditation East-West (1975) (Cosmic Dreams At Play)