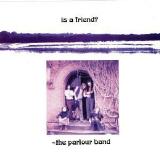 "How far I go back with loving this album should tell you something about it. Nearly 30 years old I am, and I became addicted to this record's sweeping beauty when I was only 17. I own an original copy that I lucked into a few weeks ago in my collectiion, but I've owned it in as an original, CD, and reissue before and only for one year was I ever without it, the worst time of my life. Forming in the Channel Islands was something very unusual, I mean, how many bands can you think of from there? The group were the combined talents of vocalist/ keyboard player/songwriter Peter Filleul (pronouned Fill You- a French name), and a local Jersey band who played hard rock. Combining Filleul's love of Beatle esque lush melodies and the band's love of American West coast hard edged rock, they were both a psychedelic pastoral pop band and a heavy progressive group, something very unusual, but something that was going on in the British Isles at the time. This album I have had mixed reactions from people about. I rave about it, and some love it as well or can't understand it. My own opinion is all that matters to me, but I really do think this is about the best melodic album there is along with the shamefully ignored Deep Feeling, Fickle Pickle, and Dog That Bit People (sadly, I only own a CD of this one). Every song is masterful, filled with great melodies, rich soaring flowing textures of great guitars and keyboards, and the vocals especially harmonies are really great. My favourite tracks here if asked to choose a few highlights are the short yet complex rocking opener "Forgotten Dreams," the proto Queen epic within a short time length darkness of "Evening' (sung by Pix), and the highly original and remarakable closing suite "Home." Every track though is outstanding. Very laid back, but actually rocking out at the same time as well. This is a subtle and complex album, it may take you a few listenings to fully appreciate it and it must be said in all honesty that people who don't like pop overtones to their symphonic prog will not like this, but if you have an open mind you really need to find this album and treasure it. Everyone in the band is an outstanding musician, particularly the twin guitars of Pix (full name Jonathan Pickford- I knew him once) and Craig Anders. Mark Ashley Anders is also a great bass player, and Filleul's solid down to earth approach to the keyboards is a refreshing diversion from all the pompous bashing that was going on then. One of the best things about Is A Friend? is that it not only is a brilliant album in itself, but will open up a world of great music to you if you like it. I would say that this album was also a once-in-a-lifetime thing for the band, with Filleul who wrote every track pushed in the background the group became The O Band- an extremely inferior and even at times downright irritating attempt to imitate the American bands of the the era such as Little Feat and The Dead or even perhaps Quicksilver. While there is a strong US influence to some of The Parlour Band, it is never painful and never contrived. Had the group gone back to their day jobs after this album we'd be left with a one album masterpiece legacy. This album is one of my all time favourites and a magical experience. It is among the best ever." (Review by bristolstc)