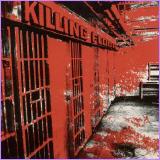 The sheer toughness — and overall derivative — nature of Killing Floor's debut album, issued six months after Led Zeppelin's debut in 1969 on the Spark label, is a wondrous contrast to the overly slick treatment American blues were given by British artists. All of these tunes, with the exception of one, are revamped versions of songs from the blues canon with different words. The lone "cover" in the set was written by Willie Dixon titled "Woman You Need Love," the tune Zep ripped for "Whole Lotta Love." Despite the fact that this set was issued before by Repertoire, the Akarma version is definitive in that it features the original cover artwork in a heavy cardboard gatefold sleeve, and killer sound. This is a raw, immediate, overdriven, psychedelic blues record that offers an interesting historical counterpoint to the immediate impact of Page and Plant and Co., but it also offers a great contrast to the recent 1990s versions of American groups trying to rock up the blues in like style: Jon Spencer Blues Explosion immediately comes to mind. They also provide a heavier, less reverent, and altogether heavier update of the Yardbirds rave-up sound.