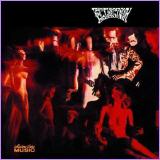 One of (if not the) great lost folk-rock records of the '60s. Eclection was composed of bassist Trevor Lucas and drummer Gerry Conway, later of Fairport Convention; lead songwriter Georg Hultgreen, later of Sailor; guitarist Michael Rosen and lead vocalist Kerrilee Male; together they made, well, eclectic music, reminiscent at times of the Mamas & Papas and even early Airplane. Nevertheless, the album sunk like a stone, but it remains highly-prized among '60s collectors; it resurfaces here for the first time in 30 years with quotes from Conway in the notes as well. An obscure but highly worthy Collectors' Choice Music exclusive!