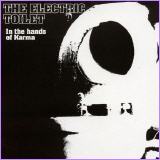 Not a mega-blowout album, Just driving bluesy R&R with southern twang, growly lead vocal with black baptist church choir style backing. Vocals aside, it sounds like it was a studio live recording. Highlights include interplay between the lead guitar and Wurlitzer organ puncuated with erie moog effects and propelled by a solid rhythym section. Lyric wise, its largely a reiteration of the "Golden Rule". Some may find the first track corny, but overall the songs hold up better than a lot of stuff from that era by better known groups. A promising effort from a sadly ill-fated group. Two members died in a car crash within months of its completion and the group broke up. Anyone know what became of guitarist/songwriter Dave Hall?