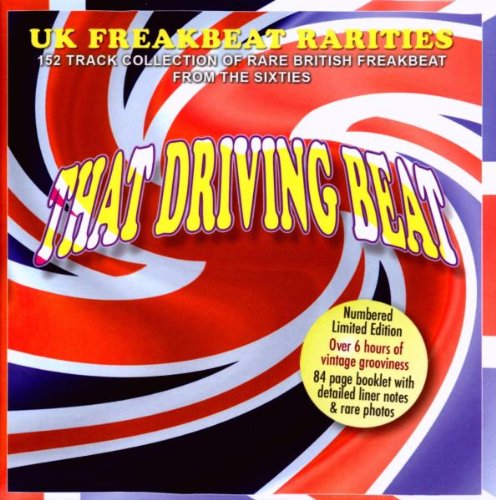 Subtitled: 152 Track Collection of Rare British Freakbeat from the Sixties. Following constant demand, the Psychic Circle label is delighted to announce a numbered, limited edition of the legendary That Driving Beat five-volume series in a 5CD boxed set. Amongst the best beat compilations ever put together, and originally released on the Past & Present, Castle Music, and Griffin Records labels, each volume is a mind-blowing treasure trove of ’60s beat and comes housed inside a slipcase card replica of its original artwork. Featuring familiar names such as the The Knack, The Koobas, The Attraction, The Poets, Gary Farr and Gene Latter, each volume has been compiled and sequenced by the legendary psych musician Nick Saloman (The Bevis Frond). Presented here complete for the first time with a detailed booklet, featuring updated band histories, rare photographs and full discographies, the series is a byword for the best in the pulsating sound of beat. Only 1,000 numbered copies are being pressed.