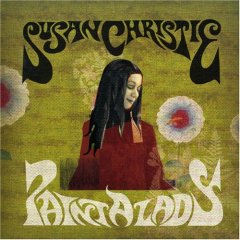 Previously unreleased Psychedelic Folk album from 1970 by Susan Christie, a Philly based sophomore folk singer who had one novelty hit for a major label in the late ’60s. This album, which featured her psychedelic take on Country standards and hand crafted tales of inner-city solitude backed by a Folk-Funk rhythm section, was not considered commercially viable and shelved…until now! Uber-legend John Hill produced the album which features 8 tracks including a 12 minute ‘drugsploitation’ epic called ‘Yesterday – Where’s My Mind’ featuring Susan flipping vocal styles between Janis Joplin and Margo Guryan. Finders Keepers. 2006.