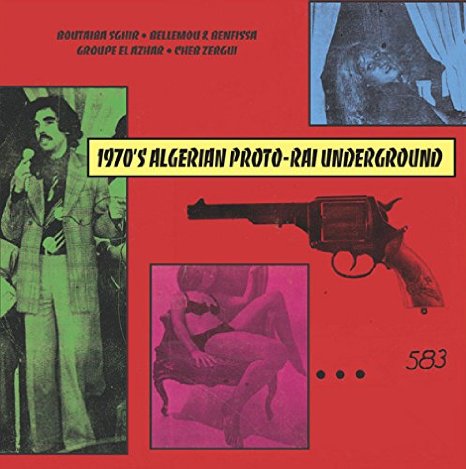 This is Rai Music from Algeria as you’ve not heard it before. This compilation is a selection of the Proto Raï’s scene’s vinyl 45s. Insert contains photos of the musicians and text written by the man who compiled it, Hicham Chadly. Released by Sublime Frequencies, a small world music label run by members of the experimental post-punk outfit the Sun City Girls, ALGERIAN PROTO-RAI UNDERGROUND documents the birth of Western- influenced Algerian popular music. Label: Sublime Frequencies