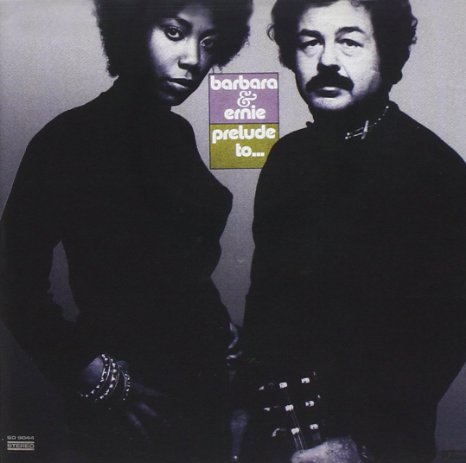 This lost gem from 1972 is quite an oddity. The unlikely pairing of guitarist Ernie Calabria and soul singer Barbara Massey came together to record this album of outlandish, genre-defying hybrids. Both artists were seasoned session players, Calabria performing alongside the likes of Harry Belafonte (on the same recording that saw Bob Dylan’s studio debut, 1961’s Midnight Special), Nina Simone and Anita Carter (of The Carter Family) while Massey’s credits as a backing vocalist include Jimi Hendrix, Quincy Jones, Herbie Hancock and Cat Stevens among others. The fruits of their collaboration are best described as a cross-pollination of folk, R&B and psychedelic acid soul. Consequently, this music met with baffled ears upon its initial release and quickly disappeared into obscurity. Listening from our current position in history it all seems relatively coherent, and you just assume this is the sort of thing that went on in the ’70s. adding extra gravitas to the recording are jazz heroes Keith Jarrett and Joe Beck – Jarrett in particular leaves his indelible mark on the album, with his breathtaking technique rampaging across album close ‘Satisfied’. A very welcome re-discovery this, certainly one for fans of the Finders Keepers reissues. (boomkat.com)

Listen to ‘Play With Fire’: