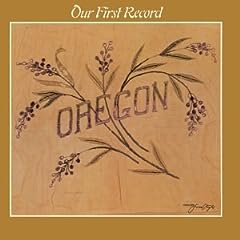 Although it wasn’t released until 1980, “Our First Record” presents, as the title suggests, the first ever recordings by the original Oregon line-up. Recorded in 1970, this album offers a fascinating view how the unique Oregon sound came to be. Sensationally the group, at that stage nameless and hardly a band at all in the proper sense of the word, has its trademark natural global chamber jazz style firmly in place. This is just as great as any other vintage Oregon album (or any Oregon album, for that matter, for they are all winners). “Music of another present era”, as the musicians themselves described their musical style. This is an electrifying album, even though it’s fully acoustic. (Amazon.com)