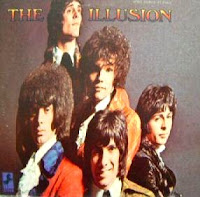 An Italian – U.S. band, based in Long Island, New York, who played heavy rock with some psychedelic influence. The band were formed as The Five Illusions by the lead singer John Vinci as a senior in high school in 1964 (thanks John Vinci for leaving a comment). They enjoyed some minor chart success, and their albums were produced by the famous Jeff Barry. Good album and some cool guitar work.